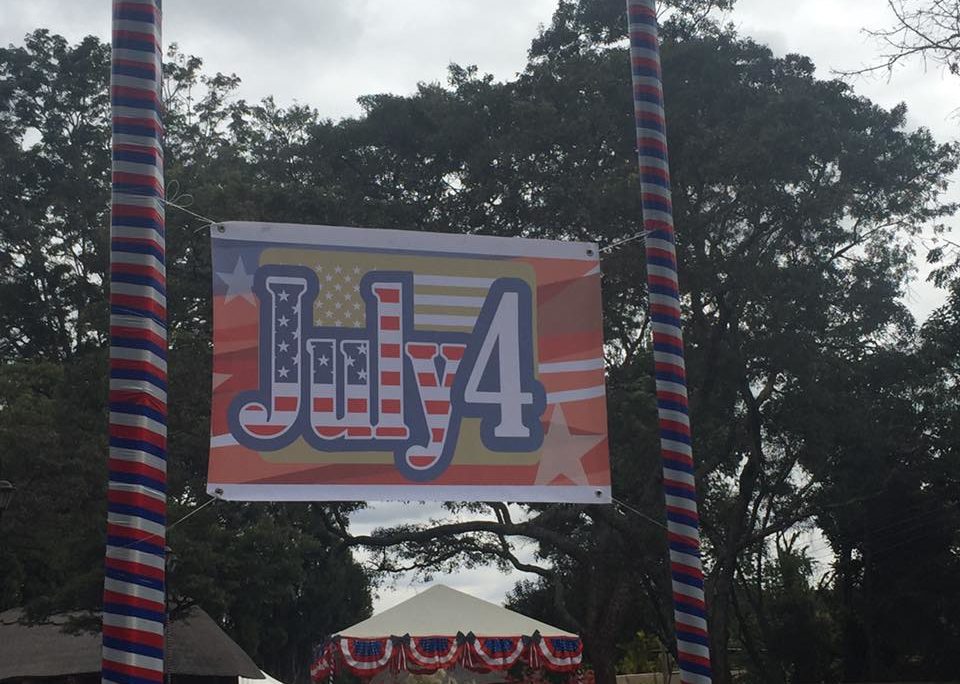 Our Guest of Honor, the Deputy Minister in the Ministry of Foreign Affairs, Honorable Edgar Mbwembwe; Honorable Judges of the Supreme Court and the High Court; Members of the Diplomatic Corps; Members of Parliament; Permanent Secretaries of the Government of Zimbabwe; and the Acting Mayor of Harare, Councilor Enock Mupamawonde;

And thank you for joining us today to commemorate the 241st anniversary of the United States’ Declaration of Independence.

Happy Birthday to our dear friend and leader the Dean of the Diplomatic Corps, His Excellency the Ambassador from the Democratic Republic of the Congo.  And thanks to my devoted, dedicated and loyal wife Mithi for her support. My good friend and sister Ambassador Chipo Zindoga challenged me not to be boring so I told her “forgetabboutit,” which is one of the great sayings of New York so when you leave here today and are asked did the Americans throw a great party; I hope you can answer “forgetabboutit.”

The most recognized symbol of New York is the Statue of Liberty which symbolizes the fundamental freedoms upon which the United States was founded.  Lazarus’ stirring words “Give me your tired, your poor, your huddled masses yearning to be free” continues to welcome immigrants today as it has done for over a century.

New York is a global city where you will find the world’s largest foreign-born population.  And as the first image seen by so many arriving in the United States the Statue of Liberty has become a symbol of democracy and the freedom to determine one’s destiny.

New York is not just an American city; it’s a city of the world.  Hosting the headquarters of the United Nations, it is the center of multilateral diplomacy.  New York is also a global capital in sectors ranging from finance to fashion.  It is a diverse intersection of people, flavors, languages, and rhythms from around the world.  Today, we are highlighting New York – not just because it’s my hometown – but because it represents America’s greatest strengths – its diversity and the confluence of cultures.  To be a New Yorker is to be a citizen of the world, a world made up of people from all walks of life.  In celebrating the anniversary of America’s independence and the freedoms bestowed upon our great nation, we recognize how far we as a country have come in learning to accept and include people of every race, religion, and orientation.

Many of you have had the opportunity to visit New York and are so often struck by the contagious sense of possibility that the city pulses.  Walking down the never-sleeping streets of New York, surrounded by skyscrapers and swarms of people, you can’t help but feel humbled by your small place in the world and at the same time inspired to make your voice heard.

New York is where you can witness a gay marriage, listen to people praise and criticize our politicians, debate who has the best ideas for the future of our country, combat human trafficking and advocate for the end of child marriage.

We are pleased that these Zimbabwean Americans are excelling and join us in celebrating our freedoms. They do not take these freedoms for granted.  Nor do we. We must all take an active role in protecting our freedoms, which means adding our voices to the national conversation – whether through activism, volunteerism, or simply in exercising our right to vote.  Freedom of thought is a fundamental human right and one that we must not take lightly.
In conclusion, please join me in thanking our fabulous embassy team for organizing today’s events and living up to our “One Team, One Mission” goals every day.  Thank you Embassy Harare.

And when you go home tonight and are asked about today’s events. What are you going to say? “Forgetabboutit.”

Now please join me in a toast:

The United States of America and the Republic of Zimbabwe: and to our mutual commitment to the promise of our shared ideals for a brighter future for Americans and Zimbabweans.