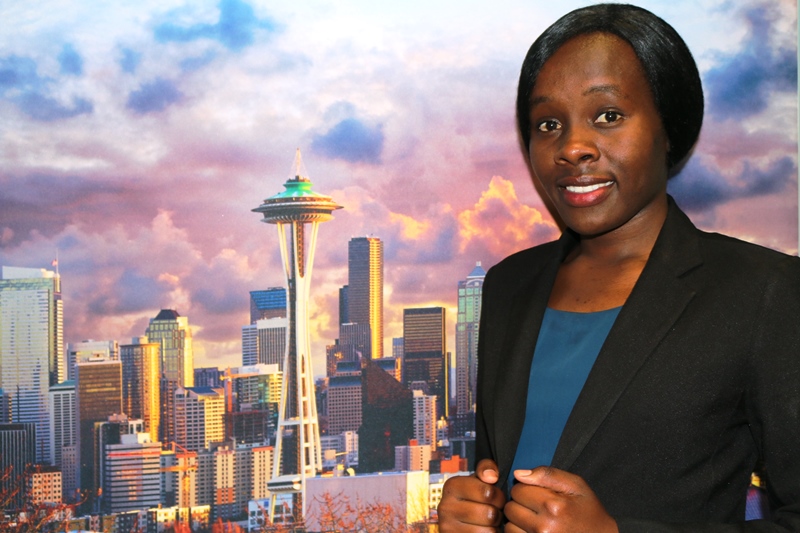 Harare, May 11th 2017: Despite being out of school for 16 months after completing her high school education, Nicole Kumbula’s determination has earned her a full scholarship to study at Bates College in the United States. She pays tribute to the “forced gap-year” she thought she would endure after her initial attempt to secure admission to three American colleges in 2015 was unsuccessful.

“It was a case of turning lemon into very good lemonade. I ended up enjoying my gap year and used the experience to work on strengthening my application,” says Nicole (19). “With the assistance of EducationUSA Advisors in Eastgate the break was packed with activities that would add value to my application,” adds the former Langham and Monte Casino Girls High school whiz kid.

After completing her A level studies at Monte Casino High school in Macheke, Moshanaland East, Nicole thought the world had collapsed on her when she failed to get admission at three American colleges she had applied to. “Not getting into a single school was really a hard time for me,” she recalls. “This was the first time I had failed,” so she thought.

However, a next-steps workshop organized by the EducationUSA Advising Center to help students make decisions after receiving college responses was all it took to give her hope. “The education advisors highlighted how one can take a gap year, reapply and possibly get admitted,” she says. “Bates College was my first choice college, so I applied for Early Decision 1 and got in!”

Nicole worked for several months at her father’s shop assisting with advertising, stock taking and customer service. And at home she made most of her time gardening and babysitting. “Having spent time as a boarder in high school, these routines strengthened my relationship with my family, and made my application essay richer than the previous ones,” says Nicole.

In July 2017, Nicole was selected for an internship at the United States Embassy’s EducationUSA Advising Centre in Harare where she assisted other prospective students apply to American colleges.

“This added responsibility challenged me to work harder towards my application,” she recalls. “I also felt the desire to always fully assist everyone who walks in the centre as they believed in me.” During her internship, Nicole says the interactions with students and visiting admissions officers sharpened her focus including her application essays, a common requirement with American colleges.

Nicole will pursue studies in physics, geology as well as gender and women’s studies. “America’s diverse education system will definitely feed my inquisitive mind,” she says.

Now the Chinhoyi born and bred girl is ready for the cold winters in Lewiston, Maine. “I was looking for a small vibrant community, with a happy soul and places that will make my dreams come true; all this I saw in Bates College, I chose the Bobcats,” she says with delight.

Nicole will join several U.S. based Zimbabwean students that have taken a gap year before applying for college education in the United States. In the recent past students such as Brian Marombedza (UC Berkeley), Kudzai Mushongahande (Earlham College) and Michaellah Mapotaringa (Yale University) have taken gap years prior to their studies in the United States.

“Knowing gap students will be out of school for more than a year, EducationUSA advisors work with members to ensure their gap year activities contribute to personal and intellectual growth,” says Tafadzwa Muzhandu, EducationUSA Country Coordinator. “Our activities include community service and volunteer opportunities with local NGOs. We offer weekly reading, writing, and calculus classes for interested students,” she adds.

By U.S. Embassy in Zimbabwe | 12 May, 2017 | Topics: Press Releases, Scholarships and Exchanges, Study in the U.S., Success Stories | Tags: Zim students for U.S.