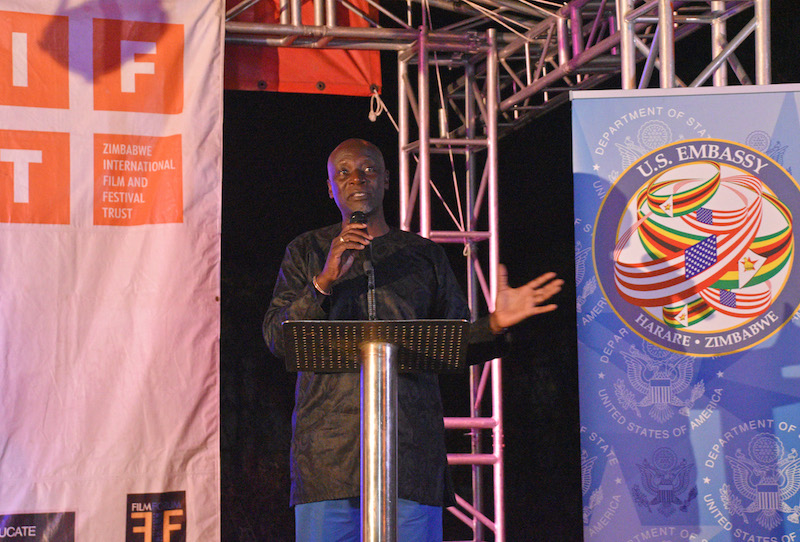 Harare, September 1, 2017: The award winning American film, Hidden Figures, is an affirmation of women’s strength and a symbol of the contribution of minorities in struggles for human emancipation, speakers said at the 19th edition of the Zimbabwe International Film Festival (ZIFF 2017).  Hidden Figures tells the story of a team of female African-American mathematicians who served a vital role in NASA during the early years of the U.S. space program.

“It’s a very special film, “said Nigel Munyati, director of ZIFFT addressing nearly 100 individuals gathered to watch the movie. “To me this film is an affirmation that we have very strong women in this world and it is about time we started giving them their space and supporting whatever they do.”

The film was the United States’ contribution to the festival, jointly organized by ZIFFT and the Women Filmmakers of Zimbabwe (WFOZ). ZIFF 2017 put the spotlight on local and African films and filmmakers. Of the 200 films received from 42 countries, 30 are from Zimbabwe, confirming the local film sector’s coming of age and setting the stage for its imminent transformation into an industry. Themed ‘The Business of Film’, the Festival began on August 26 and ends tomorrow (September 2). – ZimPAS © September 1, 2017