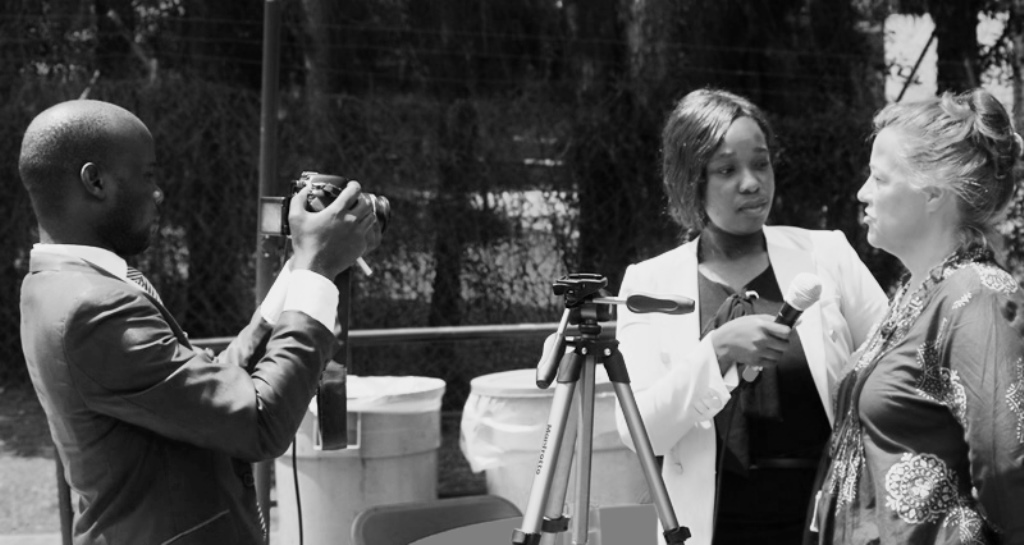 Media Co-Ops can result in news features, a series of short programs, or documentaries and sidebar ‘slice of life’ profiles.

Media Co-Ops are a (maximum) two-week, highly-intensive U.S. work and travel program usually involving a broadcast media producer/reporter and one camera person — ideally both fully fluent in English — accompanied by a PA/FPC contract producer.  Teams must arrive in the United States with fully-functioning equipment, including broadcast-quality cameras, lighting and audio gear, tripods, thumb drives and back-up equipment, and electrical transformers and adapters in good working order.

Media Co-Ops can result in news features, a series of short programs, or documentaries and sidebar ‘slice of life’ profiles.  We encourage participating media outlets to promote the original programs through related radio, TV, or digital/print interviews with U.S. interlocutors and through blog or other social media reports.  Program participants return to their media outlets with enhanced skills in media production and knowledge of U.S. reporting and production techniques.

Successful Media Co-op participants will cover their crew’s international air fare to the United States. The Media Co-Op funds cover domestic U.S. airfare, hotel and M&IE allowances, temporary healthcare insurance, and miscellaneous production expenses.  Given the intense pre-planning required for production, crews need to comply with the arranged itinerary and must understand their two-week schedule will be rigorous.

Healthcare coverage covers only emergencies and accidents; medical or emergency hospital care for pre-existing illnesses or conditions will require out-of-pocket payments by the participants themselves.

Standard hotel accommodations are arranged and pre-paid by the program.  The contract producer accompanying the media crew in the United States disburses funds to participants for M&IE upon arrival.

Proposals should include the following:

Proposals should be submitted to HararePAS@state.gov by January 30th 2017.

The Grants Committee will evaluate Media Co-Op proposals based on program objectives, links to U.S. Mission goals in Zimbabwe, anticipated public opinion impact, audience reach, and the innovation and creativity of the proposed format and topic.  The deadline for submission of proposals is January 30, 2017. For all matters concerning Media Co-Ops, please email HararePAS@state.gov