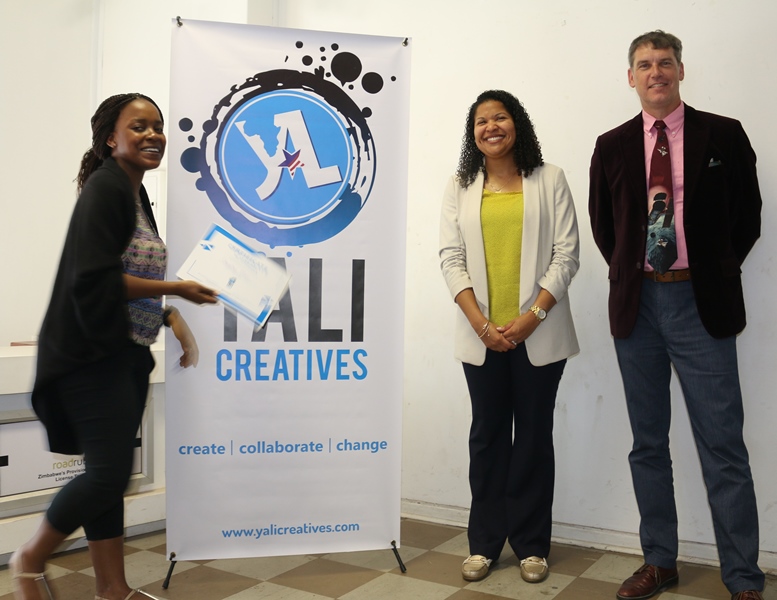 Congratulating the graduates of the final training session in Harare, U.S. Embassy officials- Stacy Lomba and John Taylor of the Public Affairs Section- said the United States’ support for the initiative was premised on the understanding that accountability and transparency were keys to economy growth and reducing poverty.

“We are delighted to have so many young people and women participate in this program to develop their skills and expertise to promote transparency and good governance, both of which are critical components of economic growth,” said Lomba, Public Diplomacy Officer.

The three day training session in Harare marked the conclusion of a series of similar training sessions held in various parts of Zimbabwe. A total of 170 individuals participated and received certificates while also proposing initiatives to promote transparency and accountability at the local level. Sessions covered use of media to increase understanding of transparency and accountability as well as holding officials in public institutions accountable.

“The majority of our participants were interested in learning how they can use their voices online to share the stories they see in their communities, improving the quality of their content online and how they can effectively engage public authority leaders on issues of development at a community level,” said Tinotendaishe Gambahaya, coordinator of the initiative.

According to the organizers, the training sessions were attended by youths and ordinary citizens who are active or interested in community development, politics and civic issues. Courses covered a diverse range of subjects including social media for advocacy, citizen journalism as well as an introduction to accountability and transparency.

Participants in each center came up with one city wide project they will work on as a collective with the help of YaliCreatives, addressing specific issues.

“For instance in Victoria Falls, the participants launched “Let’s Talk VF” which aims to engage locals, the town municipality and government as well as advocate for establishing a local tech hub at a publicly accessible location,” said Gambahaya.

YaliCreatives was established in 2015 as a collective of Mandela Washington Fellows working together to promote freedom of expression using media and the creative arts.  The association has 500 members led by 40 Washington Fellows in 13 African countries. – – ZimPAS © August 28, 2017