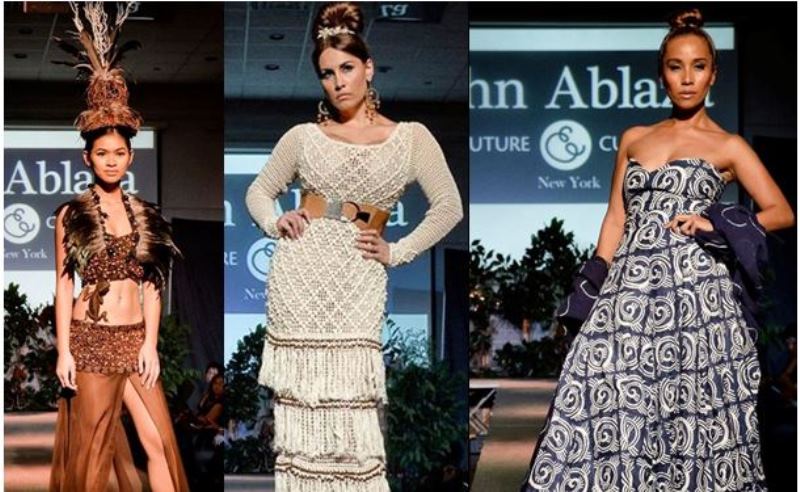 American photographer Jhenny Morales Evans and Philipino fashion designer John Ablaza visited Zimbabwe in 2016 where they conducted workshops for local designers and models. Along with Mithi Aquino Thomas, wife to Ambassador Harry K. Thomas Jr. they have taken some of this work to America’s fashion capital as part of earlier commitment to improve the livelihoods of Zimbabwean fashion designers, writes Cristina DC Pastor of the Filam, a magazine for Filipino Americans in New York.

The Filipina wife of U.S. Ambassador to Zimbabwe Harry Thomas knows a thing or two about fashion, and what it means for fashion to empower women.

With this goal in mind, Mithi Aquino Thomas led the effort in organizing the show ‘John Ablaza: Couture & Culture’ showcasing Zimbabwean fashion as seen through the eyes of Filipino designer John Ablaza. That New York, America’s fashion capital, was the chosen venue made the collaboration a truly “global effort,” noted Ledy Almadin of the Philippine American Chamber of Commerce.

On December 10, Couture & Culture unveiled the collections of “eco designer” Ablaza and guest designer Yvette Ndaba. Aquino Thomas was one of the models.

“I wear John’s clothing not only because it is truly beautiful but because of the strong commitment he has to the international community especially women designers in the Philippines and Zimbabwe,” she said in her opening remarks.

Ablaza visited Zimbabwe early this year and conducted a series of workshops with local artists and artisans. The workshops were held in the capital of Harare and in the populous city of Bulawayo. There, he lectured on design techniques using native materials, such as beads, leather, and feathers, and mentored aspiring designers on how to make their creations acquire a more “international look.”

“John Ablaza and Jhenny Morales Evans visited Zimbabwe, met local designers and models and convinced them of the beauty and importance of their work,” said Aquino Thomas. “John pledged to bring the best of their creations to America’s fashion capital and here we are tonight as proof of his commitment to improve the livelihoods of little known but supremely talented designers.”

Evans, a fashion photographer, chronicled Ablaza’s months-long journey in the southern African country. His 30-year experience in the fashion industry and “his kindness” made him a credible authority.

Couture & Culture was a parade of vibrant colors reflecting the rich African heritage. Ndaba’s textiles are mostly striking patchwork prints paired with gauze weaves or leather accents. One gown with ball sleeves stood out, and this particular design structured a mix of uncoordinated prints, colors, and textures in one body hugging maxi — a “no rules-just style” fashion statement.

Ablaza’s collections dominated the show. His designs straddled the dichotomy between spirited and showy African colors and muted naturals. There were gowns in geometric indigo prints, crocheted skirts in whites, and formal blacks. In one segment, shirtless male models wore only bowties boasting Zimbabwean beadwork. Silent auction for the bowties had an opening bid of $150 each.

Ablaza said he had witnessed so much “creativity” and “positive attitude” while working with the Zimbabwean people, and would love to continue working with them in their pursuit of making it big in the fashion world. Part of the proceeds from the show will benefit Zimbabwean children, he said.

Aquino Thomas said the fashion industry faces many challenges. “Sustainability is one of them.”

She said, “I am thrilled that John’s goal is to produce eco-conscious clothing through the use of environmentally friendly materials and socially responsible production.”