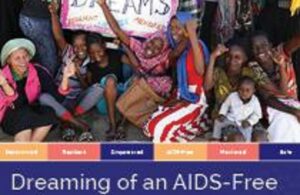 PEPFAR has reached over 1.5 million adolescent girls and young women with comprehensive HIV prevention services in the past six months – more than it did in the previous full year – and the program will more than double its annual funding to support adolescent girls and young women to stay HIV-free, with a planned investment of over $400 million in fiscal year 2021*.

This greater investment will be channeled through the PEPFAR-led DREAMS public-private partnership, which supports adolescent girls and young women to be Determined, Resilient, Empowered, AIDS-Free, Mentored, and Safe. Since the launch of DREAMS in 2014, new HIV diagnoses among adolescent girls and young women have declined by 25 percent or more in nearly all of the regions where DREAMS is being implemented.

“We are closer than ever to controlling the global HIV epidemic, and the U.S. government remains deeply committed to achieving this goal,” said Ambassador Deborah L. Birx, U.S. Global AIDS Coordinator and U.S. Special Representative for Global Health Diplomacy. “As a global community, we must keep our eyes on the prize and our foot on the gas – and PEPFAR continues to lead this charge.”

PEPFAR also announced that it nearly doubled the number of cervical cancer screenings it has supported for women living with HIV over the past seven months. This was accomplished through the Go Further public-private partnership, which PEPFAR helped launch in 2018 and has now supported more than one million such screenings. To build on this progress, PEPFAR will increase its annual funding for Go Further by over 70 percent in fiscal year 2021* and add four additional countries (Ethiopia, Kenya, Tanzania, and Uganda) to the partnership.

PEPFAR’s latest results also show that the program has reached an additional 1.2 million men with HIV treatment and supported 91 percent of men tested to become virally suppressed since it helped launch the MenStar Coalition in 2018. These data demonstrate the impact of PEPFAR’s client-centered approach to initiating more men living with HIV on life-saving treatment, but also highlight the continued challenges of retaining men in care.

To advance further progress, communities must remain at the center of the global HIV response, and PEPFAR recently rolled out a comprehensive, community-led monitoring effort to ensure clients receive quality HIV prevention and treatment services across all 54 countries that the program supports worldwide.

Earlier this week PEPFAR also launched a new website: HIVHistory.org, which chronicles the nearly 40 years of the HIV response in the U.S. and around the world and highlights key moments of political action, scientific discovery, and community activism that have shaped the epidemic and the millions of lives that it has touched.

*All new funding announced is subject to the completion of any applicable congressional notification and approval procedures.