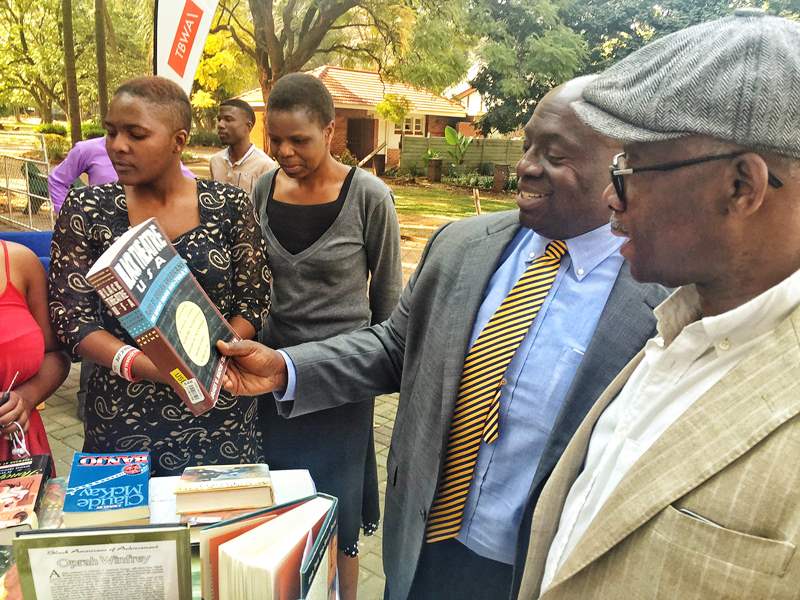 On the sidelines of the Zimbabwe International Book Fair, Ambassador Harry Thomas Jr. donated a set of books to Theatre in the Park, based at the Harare Gardens. In remarks to staff and artists at the organization, Amb. Thomas Jr., a fervent reader of books written by Zimbabwean authors, said he had admiration for Zimbabwean people’s love for arts and the donation would enable the two countries to learn from each other.

The literature, comprising 100 books written by American authors, mostly African- American, is estimated at $2,500. Accepting the donation, Theatre in the Park director Daves Guzha said the idea to have a library at Theatre in the Park was conceptualized at an informal meeting he had with the American diplomat two months back. “We reasoned that it would be nice to have our artists be able to read books when they are waiting or finish rehearsals. This is the result,” he said. – ZimPAS © July 28, 2016