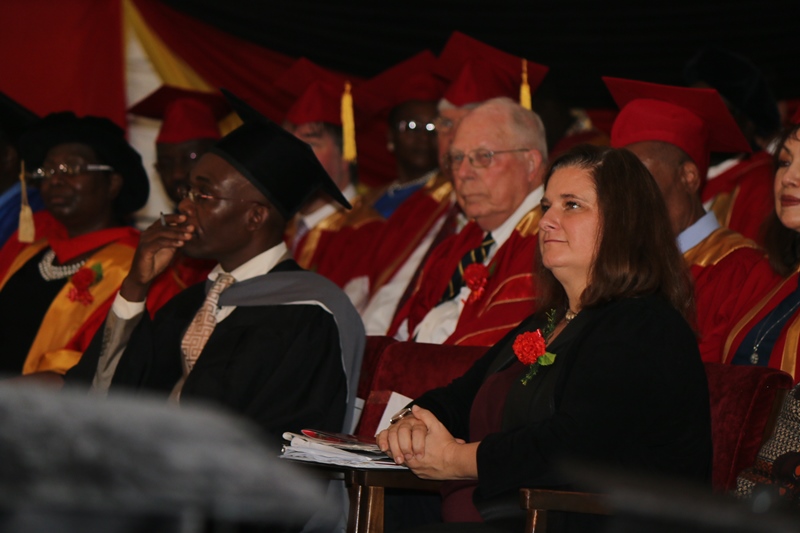 Savage revealed this while presenting congratulatory remarks at the Mutare-based university’s 25th anniversary ceremony on Saturday. The celebrations, held from 24th to 26th March were attended by several local and international dignitaries, including a significant number of representatives from the United States.

Despite a decline in the past decade, malaria remains a major health challenge in Zimbabwe with nearly half the population at risk. According to Zimbabwe District Health Information System 2 (DHIS2) data, approximately 83% of all malaria cases and 61% of all malaria deaths in 2015 originated from three eastern rural provinces, with 42% of all cases and 33% of all deaths coming from Manicaland. Malaria prevention and control remains a major U.S. foreign assistance objective. U.S. support for malaria prevention in Zimbabwe during the past decade has included training, provision of mosquito nets and anti-malaria insecticides as well as health systems strengthening.

The support to Africa University by the United States Embassy continues a relationship which Chargé Savage described as “tremendously productive and positive.”

“Between 1990 and 2002, the United States Agency for International Development (USAID) provided nearly $8 million for construction and procurement of equipment for the College of Agriculture and Natural Sciences; the College of Health Services; a library and telecommunications centers; and an institute of peace,” said Savage.

Savage, a graduate of American University, said the collaboration between her Embassy and the university had become a time honored tradition citing recent education and cultural exchange programs between the two institutions. “We are so proud of the tremendously productive and positive relationship that our mission has shared with your university over the past 25 years and we look forward to continuing growing that relationship over the next 25 years and well beyond,” said Savage.

“The strength of Africa University lies in the diversity of its student body and faculty, its inclusivity, the inherent understanding that to learn together is to grow together…. you truly create a sense that this is a university of Africa and for Africa,” she said.

Officials at the university said 31 of the 55 countries in Africa that have been represented on the campus throughout the past 25 years. It is ranked second to the University of Zimbabwe among Zimbabwean colleges, Professor Munashe Furusa, Vice Chancellor at the university, told delegates.