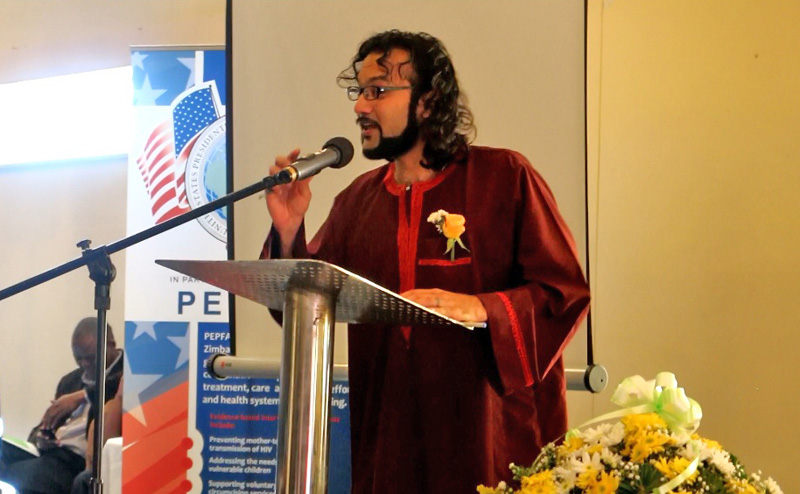 A senior official from the Centers for Disease Control and Prevention (CDC), a United States government health agency, has called for increased collaboration among private and public health organisations to sustain efforts that accelerate progress in preventing the spread of tuberculosis (TB) among health care workers.

”It is paramount that we implement measures to keep health care workers safe, healthy and productive,” said Shirish Balachandra, Branch Chief for HIV Services at CDC- Zimbabwe. “We are excited to support integrated surveillance of anti-microbial resistance across the disease spectrum through our partnership with Zimbabwe, working to strengthen the laboratory system.”

Balachandra was addressing delegates gathered in Harare for the National Infection Prevention and Control Conference on Wednesday. His remarks in the wake of a recent announcement by the United States government that it is committing $130 million towards Zimbabwe’s response to HIV. Part of the funding, drawn from the President’s Emergency Plan for AIDS Relief (PEPFAR), will be channelled towards disease surveillance and prevention of TB infection programs.

According to the Infection Control Association in Zimbabwe (ICAZ), the conference, attended by representatives of various health organisations, focused on the role of health care workers in TB infection control and anti-microbial resistance.

Phyllis Manungo, ICAZ President, said his organisation works to promote, encourage, advocate and advise on infection prevention and control issues for the benefit of the community.  “The objective of the conference is to bring together partners from both the private and public health and related sectors and other stakeholders interested in preventing TB and other infections and fight Antimicrobial resistance so that we can share experiences and learn from each other”.

According to CDC- Zimbabwe, TB is a public health problem in Zimbabwe which causes significant morbidity and mortality. Zimbabwe is one of the eight countries in Africa designated by the World Health Organization (WHO) as being “high burden” for TB, TB/HIV co-infection, and multi-drug resistant TB.

The conference discussed strategies to contain the rise of antimicrobial resistance, which has significant overlap with the issue of infection prevention and control.  “Given the increasing resistance to first-line antibiotics,” noted Balachandra, “a broad range of common infections are now much more difficult to treat. Second- and third-line regimens are proving to be costly, more likely to have side-effects, and require much longer durations of treatment.”

Speakers at the conference noted that the risk of TB transmission at healthcare facilities is significant, both among patients, and from patients to health care workers. This risk is greater with increasing volumes of contagious (smear-positive) TB patients.  The implementation of effective infection control measures can significantly reduce the risk of TB transmission.

Sydney Makarawo, chairperson of the National Infection Prevention and Control Committee, said the health ministry was working on a health worker TB policy.  ”It is the responsibility of all of us to ensure that we are screened for TB and that we work in a safe environment, taking the necessary steps to protect ourselves and others from getting healthcare associated TB,” he said.

The United States, with funding support from the U.S. President’s Emergency Plan for AIDS Relief (PEPFAR) and CDC- Zimbabwe has supported Zimbabwe’s health ministry to strengthen infection prevention and control in health facilities throughout the country. The support started in 2011 through the Zimbabwe Infection Prevention and Control Project, or ZIPCOP. In October, the U.S. health agency partnered the health ministry to support the Healthcare Associated TB Infection Prevention Program (HATIPP-Zim). The central focus of HATIPP-Zim is to support health care worker TB screening and treatment.- ZimPAS © September 14, 2017