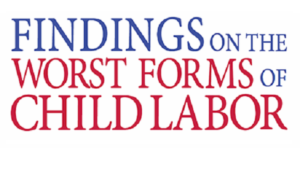 In 2020, Zimbabwe made moderate advancement in efforts to eliminate the worst forms of child labor. The government enacted the Education Amendment Act, which raised the legal compulsory education age to 16. It also significantly expanded the Basic Education Assistance Module to provide assistance with school expenses to over 950,000 orphans and vulnerable children, while providing humanitarian assistance allowances for vulnerable families affected by the COVID-19 pandemic.

However, children are subjected to the worst forms of child labor, including in commercial sexual exploitation, mining, and tobacco production, each sometimes as a result of human trafficking. Children also engage in child labor in agriculture, including in the harvesting of sugarcane.

The government did not publicly release information on its criminal law enforcement efforts, and law enforcement agencies lack resources to enforce child labor laws. In addition, gaps remain in the country’s legal framework against child labor, including the prohibition of commercial sexual exploitation of children.