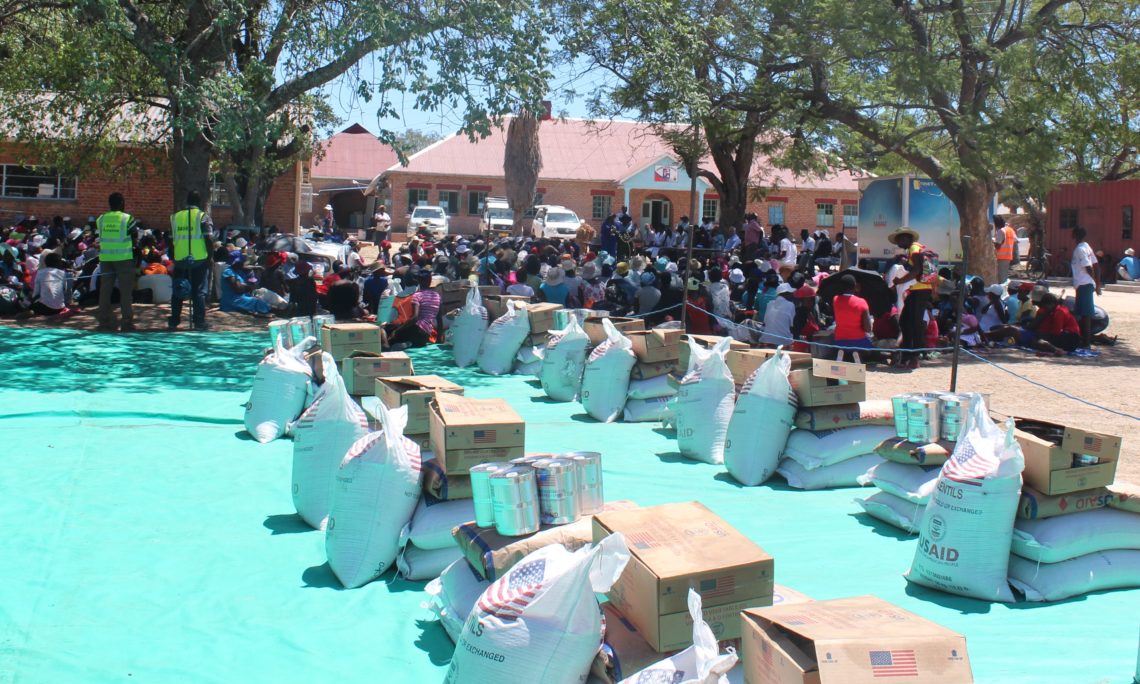 Harare, April 6, 2017 – The U.S. Government, through the U.S. Agency for International Development (USAID), provided humanitarian assistance for over 2 million Zimbabweans during the El Niño-induced drought that led to widespread crop failure and left 4.1 million rural Zimbabweans food insecure.  As the annual harvest approaches, USAID and its partners are reviewing the progress and achievements of a successful drought response and continuing ongoing activities that aim to improve long-term food security for Zimbabwe.

“The United States stood with the people of Zimbabwe during the drought,” said USAID/ Zimbabwe Mission Director Stephanie Funk.  “USAID’s assistance reduced suffering for over 2 million Zimbabweans and ensured that families had the necessary tools to cope with the negative effects of the drought.”

Since 2015, USAID has responded to the drought with agility and speed to meet the immediate food needs of the most vulnerable people while also building their resilience against future droughts.  USAID supported a substantial expansion of the World Food Programme (WFP)’s Lean Season Assistance, which provided a full basket of monthly food rations for the most food insecure people in the hardest hit districts of Zimbabwe.  This food assistance also reached hundreds of Zimbabweans displaced by flooding last month.

Together with partners including UNICEF and WFP, USAID is providing emergency nutrition for malnourished children and people living with HIV, nutrition and health services, access to safe drinking water, and seeds and livestock support to promote agricultural recovery.  This emergency assistance aims to maintain or improve the nutritional status of vulnerable groups, save lives, and facilitate a quicker recovery for struggling communities.

During the drought, USAID also dramatically scaled up its two ongoing food security activities, Enhancing Nutrition, Stepping Up Resilience and Enterprise (ENSURE) and Amalima, which aim to address the underlying causes of chronic food insecurity and malnutrition in rural areas.  Launched in 2013, ENSURE and Amalima are implemented by consortia led by World Vision and Cultivating New Frontiers in Agriculture, respectively.  These activities provide food for pregnant and lactating women and children under the age of 2; help communities repair and create productive assets, compensating workers for their labor; and provide health and nutrition training, improved water and sanitation systems, and training to increase agricultural productivity and incomes.  As the drought intensified, ENSURE and Amalima adapted their work to provide additional food rations and assisted communities to create 80 productive assets, including dams, irrigation schemes, and dip tanks, to improve food security over the long-term.

These efforts have already demonstrated broad impact.  The global acute malnutrition rate among children under 5 actually fell from 4.4 percent in May 2016 to 3.1 percent in January 2017 at the height of the “hunger season.”  USAID’s long-term food security activities are also producing results: the stunting rate – chronic malnutrition that impacts children’s growth and development – has decreased from 32 percent in 2010 to 27 percent in 2015.

Comments or queries should be addressed to David McGuire, Public Affairs Officer. Email: hararepas@state.gov; tel: +263 5 758 800-1; https://zw.usembassy.gov. Become a Fan on Facebook! Follow us on Twitter!  or USAID  Development Outreach and Communications Specialist, Doreen Hove at dhove@usaid.gov.