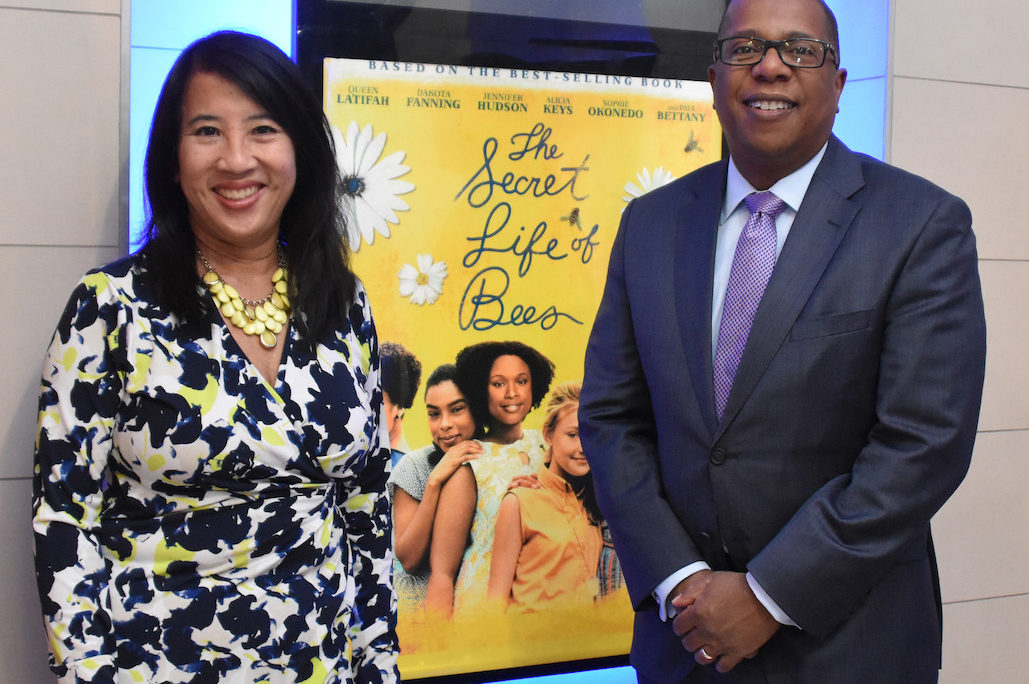 Harare, March 28, 2019- The United States Embassy culminated their Women’s History Month celebration on March 28, 2019 by honoring women who fought against injustice, discrimination and partiality during the Civil Rights Movement in the United States. The screening of the film, The Secret Lives of Bees, a film based on Sue Monk Kidd’s novel, headlined the event in Harare’s Borrowdale suburb at Ster-Kinekor Cinema, Sam Levy.

Introducing the film, Ambassador Brian A. Nichols paid tribute to women rights activists noting that the “film reminds us that democracy must be renewed by each passing generation and that every individual is called to play his or her part.  The female protagonists in The Secret Life of Bees stand up against injustice, inequality and act as compelling role models for both women and men on how we must protect each other’s rights to build a sound, equitable society.”

Set in South Carolina in 1964, just after the passage of the Civil Rights Act, the film celebrates the strength, courage, wisdom and determination of independent women who refuse to yield to injustice or give up on one another.  The film tackles race relations in the 1960’s, a troubled time in America, when the country fought to live up to the promise of the Declaration of Independence and the U.S. Constitution.

As a novel, The Secret Life of Bees won the hearts of millions, spending two and a half years on the New York Times bestseller list.  In film, it received the People’s Choice Award for Favourite Dramatic Movie.

In commemoration of Women’s History Month, the U.S. Embassy hosted several events all month, including a panel discussion women’s role in affecting change through non-violent protest.  Nichols said women’s empowerment is central to our U.S. foreign policy and engagement. “In Zimbabwe, we create opportunities for women through our professional, academic and cultural exchange programs.  We promote women’s leadership and equity in health, governance and economic development initiatives.

“On Tuesday, I had a wonderful opportunity to meet participants of our DREAMS program which helps young women become more self-reliant and able to deal with the pressures and challenges around them and helps them avoid becoming infected with HIV” said Nichols.  DREAMS stands for Determined, Resilient, Empowered, AIDS-free, Mentored, and Safe.  The DREAMS initiative is a critical component of the United States Agency for International Development’s  work to increase the number of Zimbabweans living longer, healthier lives.  DREAMS empowers young women and girls by giving them the tools and support they need to unlock their potential and live healthy, productive lives.