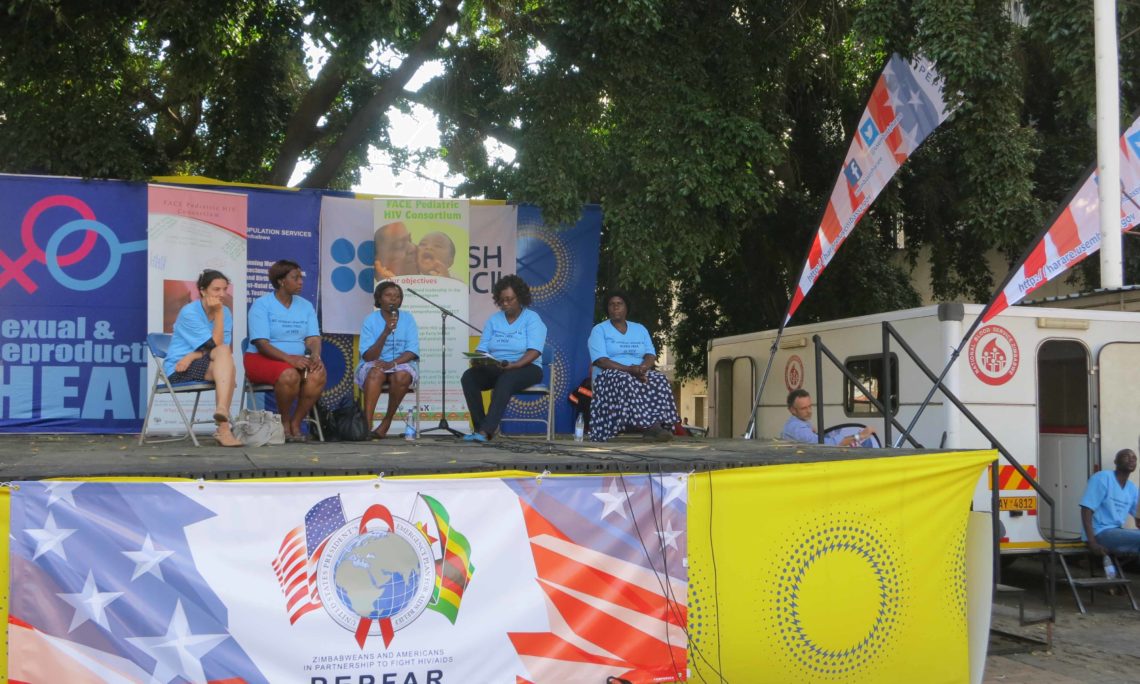 Harare, April 6, 2017: The United States will have a significant presence at this year’s edition of the Harare International Festival of the Arts (HIFA) by bringing musical artists and health info-tainment through film as well as various forms of entertainment along Harare’s First Street.

“We are excited to be part of this year’s edition of HIFA,” says David McGuire, U.S. Embassy Spokesman. “We see the Festival as an opportunity to learn more about Zimbabwean art and culture as well as sharing American art forms; but also our commitment to a healthy Zimbabwe.”

The United States will provide a platform for its partners to reach out to the public at the OK Zimbabwe First Street Stage in Collaboration with PEPFAR – at the junction of First Street and George Silundika Avenue. The First Street Stage will provide free shows every day during the festival under the theme “Start Free, Stay Free, AIDS Free.” In addition, the public will also receive health and wellness information as well as access services from PEPFAR partners supported through the U.S. President’s Emergency Plan for AIDS Relief (PEPFAR). In Zimbabwe, PEPFAR has committed $135 million in 2017, and the initiative supports the Government of Zimbabwe’s National response to HIV and AIDS to by providing high-impact prevention, care, and treatment interventions.

Among the performances at the OK Zimbabwe First Street Stage in Collaboration with PEPFAR will be the contemporary a Capella music group, Street Corner Symphony. The five member, traveling all the way from Nashville, Tennessee to perform at HIFA, was established in 2010 and has made their mark on the music world in front of millions of NBC primetime viewers on the show “Sing Off.” Since then, they have been recording albums and performing around the world – working with major artists including Ben Folds, Alison Krauss, and Take 6’s Claude McKnight. Street Corner Symphony will also headline on the ZOL HIFA Main Stage.

The feature film, Lucky Specials, will also be part of the HIFA 2017 schedule bringing further international artistic talent to Harare audiences. The film was produced with support from the United States Agency for International Development (USAID) and PEPFAR in partnership with the Discovery Learning Alliance, Quizzical Pictures, Wellcome Trust, Howard Hughes Medical Institute (HHMI), HHMI Tangled Bank Studios, and Management Sciences for Health (MSH) and premiered in Harare on March 9. In this “edutainment” film, both plot twists and high-tech animated special effects convey critical awareness about TB disease, treatment, and prevention. Audiences walked away enchanted by the music and storyline, simultaneously armed with facts to replace long held myths and misinformation about Tuberculosis.

The First Street stage collaboration with PEPFAR will be the second time the United States is partnering with HIFA in info-tainment. In 2014, the PEPFAR First Street Stage was popular with young people. PEPFAR partners including the Population Services International provided condoms as well as taught young people about HIV transmission prevention methods whilst other organizations provided treatment and other information services – ZimPAS © April 6, 2017