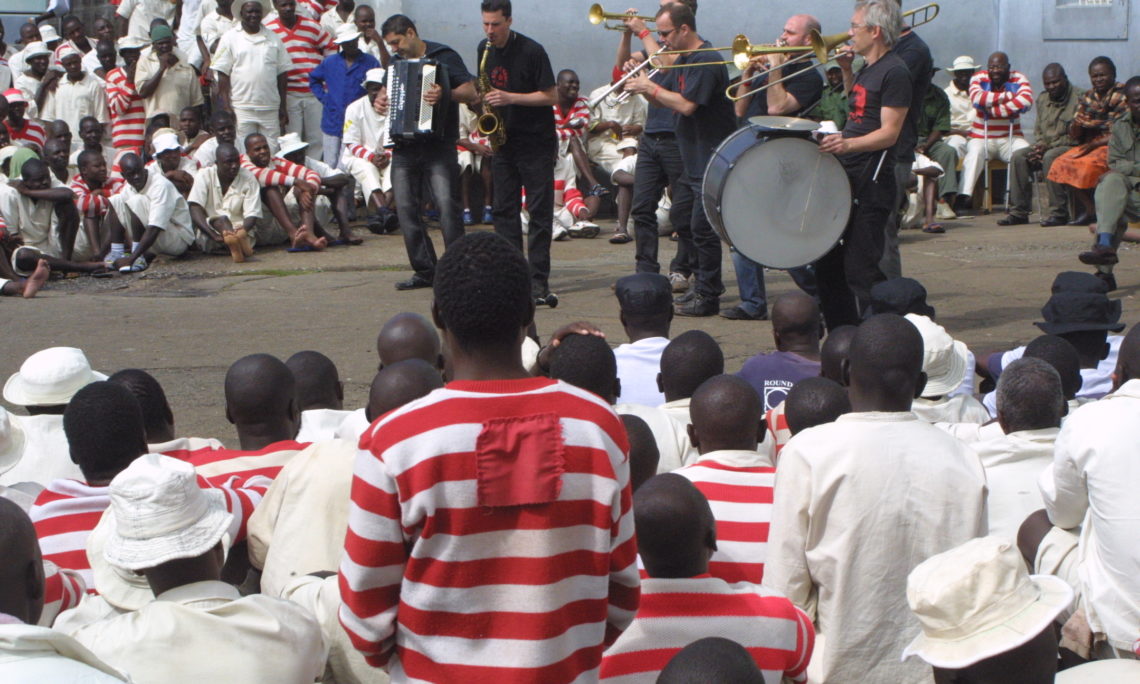 Harare, April 30 2018– The United States Embassy will continue its partnership with the Harare International Festival of the Arts (HIFA) where it is supporting the First Street Stage – an arena for arts entertainment and information on HIV and AIDS related services. In addition, the Embassy will sponsor the participation of Slavic Soul Party! (SSP!), a New York based brass band that performed at the same event in 2011, at the Festival.

“We can’t wait to see HIFA kick off and to participate for another year,” says Stacy Lomba, Acting Public Affairs Officer. “We use this opportunity to support the First Street Stage where we will have nine PEPFAR partners exhibiting every day of the Festival. It fits into the theme of “We Count” because everybody counts in this response to  HIV and AIDS.  Zimbabwe is almost reaching epidemic control thanks to the efforts of partners that will be exhibiting amongst others and we want to keep that momentum going.”

For the third year running, the United States will provide a platform for its partners to reach out to the public at the intersection of First Street and George Silundika Avenue. The First Street Stage will provide free shows from local and international artists every day during the festival under the theme “Start Free, Stay Free, AIDS Free.” In addition, the public will also receive health and wellness information as well as access services from PEPFAR partners supported through the U.S. President’s Emergency Plan for AIDS Relief (PEPFAR).  HIV testing and counseling services will be provided free on site.

“This is a huge opportunity for accessing antiretroviral therapy for those who  test HIV positive in line with the “Test and Treat Strategy” being implemented by the government of Zimbabwe,” said Lomba.

PEPFAR is an initiative started in 2003 by the United States government and has committed $150 million in 2018 to support the Government of Zimbabwe’s National response to HIV and AIDS by providing high-impact prevention, care, and treatment interventions including cervical cancer screening.

SSP! will perform at the Main Stage on Tuesday May 1st and on Thursday May 3rd.  In Bulawayo, the visiting American group will hold a street march in Makokoba on May 5th and conduct a workshop with local musicians on May 6th before conducting their main concert on Monday May 7th in Bulawayo’s CBD. Not their first time in Zimbabwe, SSP! entertained, educated, and connected with Zimbabwean audiences as only a loud, unusual brass band can in 2011. As featured performers on HIFA’s main stage, the band played for over 2,000 people.

However, the New York based band’s pre- and post-festival events left a mark.  These included two street parades in Mbare and downtown Harare and a groundbreaking performance inside Chikurubi Prison- a popular detention center for notorious criminals. This year the group will perform at the main stage on Tuesday evening as well as conduct workshops in Harare and Bulawayo. – ZimPAS © April 30 2018