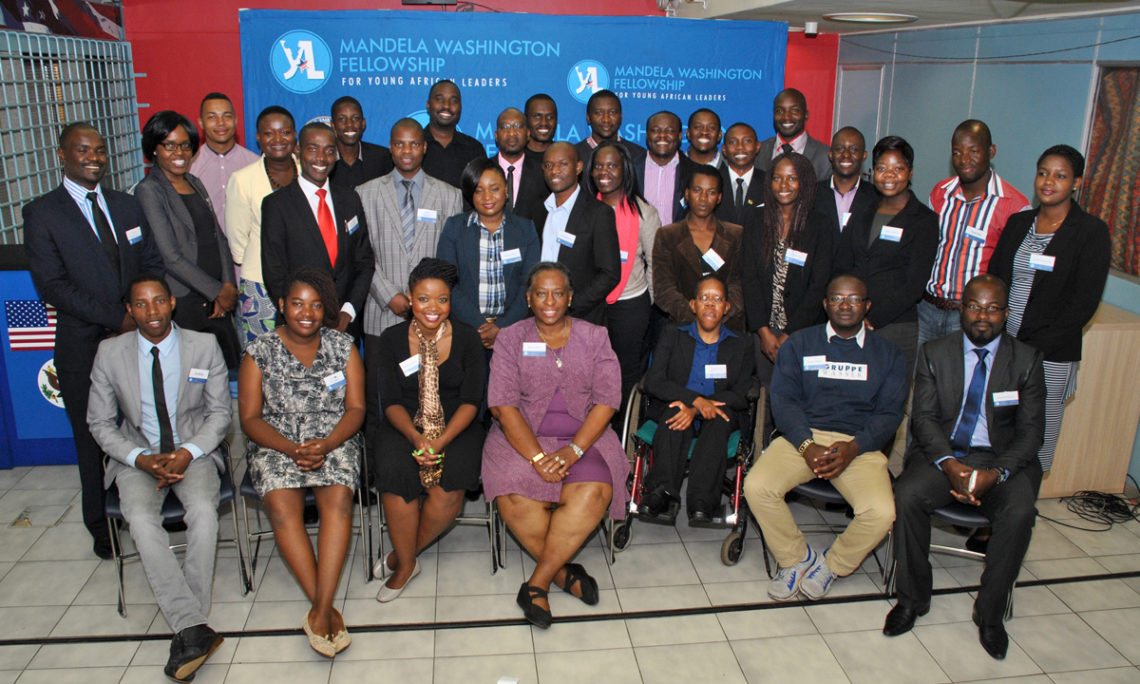 Harare, September 21, 2016: The United States Embassy is thrilled to announce that the application process for the 2017 Mandela Washington Fellowship opened today and will be open until October 26th. Eligible young leaders between the ages of 25 and 35 can apply by visiting https://yali.state.gov/apply/.

“We are excited about this opportunity for young Zimbabwean leaders in business/ entrepreneurship and civil society sectors and encourage interested eligible candidates to begin their applications immediately,” said Nicole Finnemann, Deputy Public Affairs Officer at the United States Embassy. “Applicants can take their time in making the application and have the ability to save their work as they go along. They can revisit the application later, edit until it is ready for submission,” she explained. Applications cannot be edited after submission.

Since 2014, 120 Zimbabwean youth leaders have participated in the program. They represent the extraordinary promise of an emerging generation of entrepreneurs, activists, and public officials. They have proven track records of leadership in a private, or civic organization; and demonstrate a strong commitment to contributing their skills and talents to building and serving their communities.

“The time I had in the U.S. was a quantum jump in my experience. I would recommend such an eye-opening experience to any young African leader who hopes to grow themselves. Equally any country or society would benefit if it taps into the rich fund that are YALI graduates are,” commented Vivid Gwede, 2016 Mandela Washington Fellow.

The Mandela Washington Fellowship is the flagship program of the President’s Young African Leaders Initiative (YALI) and embodies U.S. commitment to invest in the future of Africa. Participants undergo six weeks of intensive executive leadership training, networking, and skills building, followed by a Presidential Summit in Washington, DC. Through this initiative, young African leaders gain the skills and connections they need to accelerate their own career trajectories and contribute more robustly to strengthening democratic institutions, spurring economic growth, and enhancing peace and security in Africa.

Upon returning to Zimbabwe, the Fellows continue to build the skills they developed during their time in the United States through support from the Embassy and the YALI Network. Through these experiences, Mandela Washington Fellows have access to ongoing professional development opportunities, mentoring, networking and training, and competitive seed funding to support their ideas, businesses, and organizations.