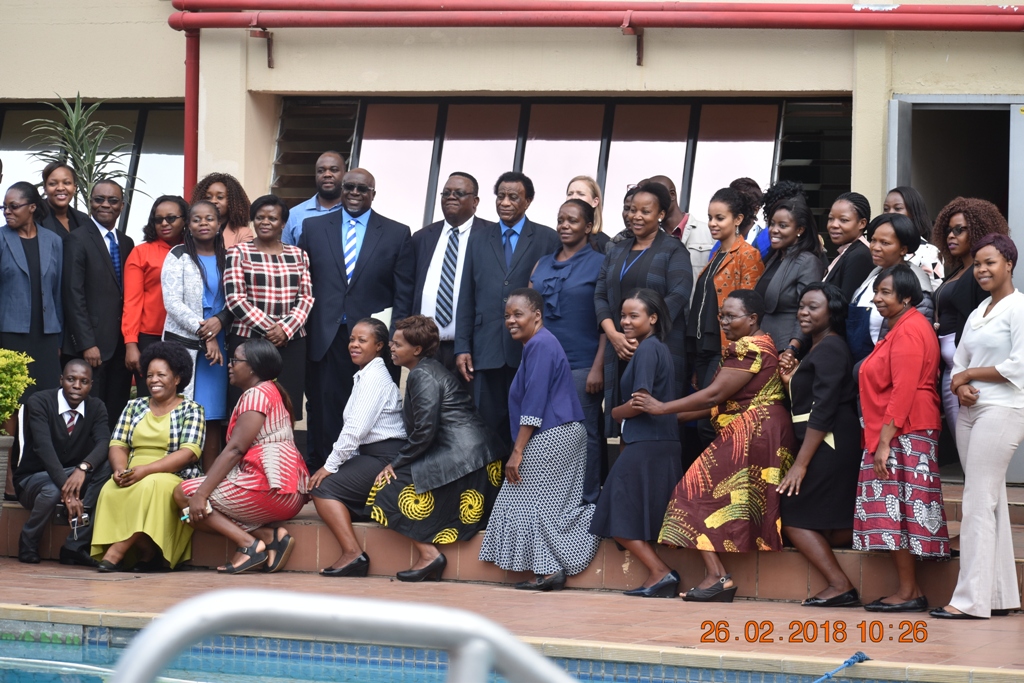 At an event to mark the beginning of a training session for shelter staff in Harare, officials at the United Nations International Organization for Migration (IOM) on Monday acknowledged $750,000 funding support from JTIP to enhance the Zimbabwe government and civil society efforts to coordinate anti-trafficking responses, and protect victims of trafficking over three years.

“The funding from JTIP will enable IOM to implement various counter trafficking activities in collaboration with the Government of Zimbabwe,” said Lily Sanya, IOM Chief of Mission in Zimbabwe. “Over a three year period, IOM will work to enhance government and civil society’ efforts to coordinate anti-trafficking responses, and protect victims of trafficking through strengthened protection to identified victims of trafficking; improved capacity of targeted communities to prevent trafficking in persons, and an institutionalized National Referral Mechanism.”

Other JTIP funding will be provided to the United Nations Office of Drugs and Crime (UNODC) to support SADC member states as they harmonize anti-trafficking legislation and enhance collaborative methods of data collection and capacity building programs.

“It is a top priority of the United States to eradicate this global scourge in the 21st Century,” said U.S. Ambassador Harry Thomas Jr. The American diplomat, who is concluding his tour of duty in Zimbabwe in a month, commended shelter staff attending the three day training session for recommiting themselves to protecting victims of trafficking in persons.

“This important work of protecting those in our society who have become the targets of exploitation is fundamental to any larger strategy aimed at stamping out the scourge that is human trafficking,” he added.

The training is being attended by staff from government departments and non governmental organizations. It is expected help participants increase their understanding of the rights of trafficking victims and how to provide them with specialized, victim-centered services to support them in their rehabilitation. According to the schedule, the training will cover general guidelines for interventions and remedial actions to promote recovery and support for the rehabilitation of trafficking victims, specific skills in communicating with traumatized victims, interviewing techniques, and shelter management technqies amongs other subjects.

Sanya said the training resulted from assessments of ten selected shelters managed by government and non-governmental organizations jointly conducted by IOM and the government of Zimbabwe in December 2017. The assessments gauged the level of understanding of shelter staff on TIP and the existing practices on the provision of assistance to victims.

“Victims often require social services for safety and recovery…and providing victims with support services can help them get the help they need, allowing them to be of greater assistance during an investigation,” said Sanya. Similar training is scheduled for Bulawayo in March 2018.

Human trafficking involves the trade in human beings for the purpose of exploitation. It is a crime that takes place within national and transnational borders. Each year, since 2001, the U.S. government has produced the Trafficking in Persons (TIP) Report to encourage global efforts to end human trafficking. The most recent report (June 2017) says that Zimbabwe made notable progress to strengthen its capacity and to respond to cases of trafficking in persons during 2016.

These achievements included increased efforts to investigate and prosecute alleged trafficking crimes and coordination with Kuwait to repatriate and refer to care 121 female trafficking victims, among other activities. The report commended Zimbabwe for launching its national action plan and implementing several key activities in the plan. Among these was the Anti-Trafficking Inter-Ministerial committee which developed terms of reference to guide front-line responders in a victim-centered approach and established two provincial taskforces to implement the national action plan at the provincial level.

This progress was confirmed by Tuso Mapala, Director of Social Welfare in the Ministry of Labor and Social Welfare, who said the Zimbabwean government was in the process of establishing centers in all provinces to rehabilitate victims of trafficking in persons and a place of safety at Harare Hospital where victims are accommodated before being reintegrated in society.

“Under the protection pillar the ministry had the mandate to provide protection services for the victims of human trafficking as they are rendered vulnerable,” he said.

According to IOM, U.S. funding support complements other initiatives being implemented in Zimbabwe such as the European Development Fund’s “Promoting Migration Governance in Zimbabwe,” and a regional project titled “Addressing Irregular and Mixed migration flows in Southern Africa” supported by the U.S. Department of State Bureau of Population, Refugees, and Migration (PRM)- ZimPAS © February 27 2018