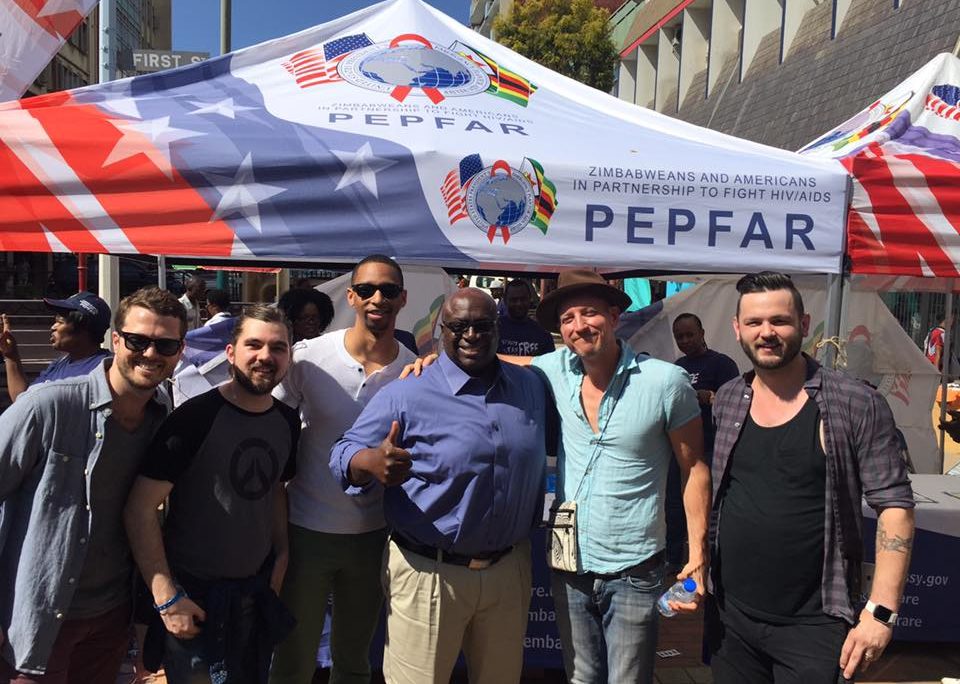 Harare, May 10th 2017: The United States Ambassador says his country will maintain, and even increase, HIV funding levels in Zimbabwe despite a change in administration.

“We are very heartened that our Congress just passed the budget within the last few days and our President’s Emergency Plan for AIDS Relief (PEPFAR) funding is remaining constant. In fact it will likely grow to almost $150 million next year,” said Ambassador Harry Thomas Jr. “This means we are able to continue saving lives through PEPFAR as well as feed about 2.4 million people a day in Zimbabwe through other assistance programs.”

The top U.S. diplomat was addressing journalists during a tour of the OK- PEPFAR First Street Stage during the Harare International Festival of the Arts (HIFA) which ended on Sunday. With support from his Embassy, several organizations working on HIV and related health services showcased their work along First Street as well as provided HIV-related services to members of the public. Musical and other entertainment groups, including the visiting U.S. a capella group- the Street Corner Symphony- provided entertainment.

saves lives,” said the U.S. Ambassador. “Despite tremendous success in reducing HIV incidence in Zimbabwe from 2.63 per cent to 0.48 per cent since 2000, we still need to educate people – especially the young.  And the way to reach the young is through music. You are not just preaching to them, you are helping them to have a good time and see that, like the young people who I just met who were born with HIV, what vibrant lives they live.”

Since 2006, PEPFAR has provided nearly US$800 million to Zimbabwe for HIV interventions.  Over the past two years, PEPFAR’s allocation of resources have been focused on achieving the greatest impact to reach epidemic control in a short space of time by focusing new and renewed efforts in geographic areas with the highest burden of disease.  “These areas are home to at least 80% of Zimbabweans living with HIV, and receive a comprehensive package of HIV services tailored by age, sex and risk for their populations. In 2016, PEPFAR reached over 1.9 million individuals with HIV testing and counseling services and expects to reach over 2.5 million individuals in 2017 through revised strategies such as index testing (contact tracing), innovative interventions such as HIV self-testing to reach older men and young adults, and a short-term surge in human resources to increase provider-initiated testing and counseling in facilities in 2017,” explained Mark Troger, PEPFAR Zimbabwe Coordinator.

The United States government remains a leading provider of bilateral HIV assistance to Zimbabwe. It was the first, and remains the largest contributor to the Global Fund by contributing over $7 billion dollars to date.  ZimPAS © May 10th 2017.