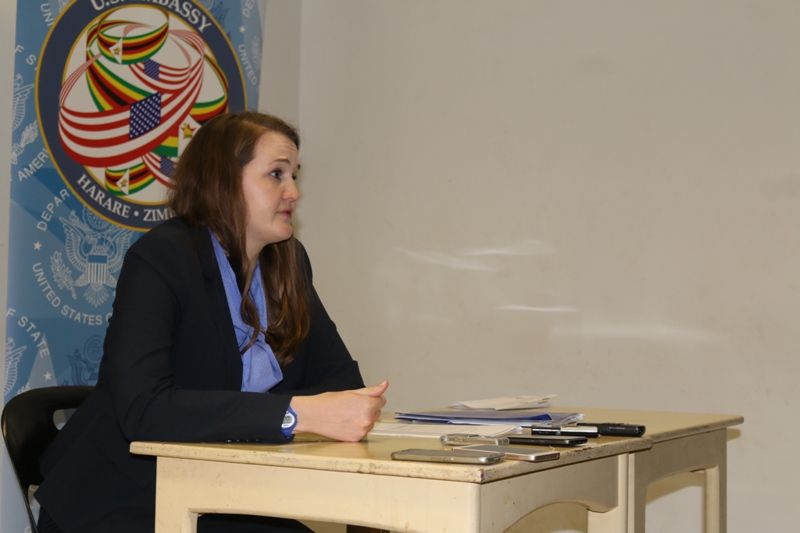 Harare, June 29, 2017: A United States government report says Zimbabwe made notable progress to strengthen its capacity and to respond to cases of trafficking in persons in the past year.

“The (Zimbabwe) government made key achievements during the reporting period (2016- 17)… these achievements included increased efforts to investigate and prosecute alleged trafficking crimes,” according to the State Department Trafficking in Persons Report (June 2017). “The government coordinated with Kuwait to repatriate and refer to care 121 female trafficking victims, and also repatriated five victims from Sudan.”

The report commends Zimbabwe for launching its first national action plan and implementing several key activities in the plan. Among these was the Anti-Trafficking Inter-Ministerial committee which developed terms of reference to guide front-line responders in a victim-centered approach and established two provincial taskforces to implement the national action plan at the provincial level. It also conducted training-of-trainers for police on victim identification interview procedures.

Briefing journalists, government officials and representatives of nongovernmental organisations on Wednesday morning, an official from the United States Embassy said as a result of these actions, Zimbabwe was upgraded to Tier 2 Watch List.

“Any country determined to be a country of origin, transit, or destination for at least two victims of trafficking in persons must be included in the TIP Report and assigned to one of four tiers,” said Embassy Political Officer Krista Fisher. “Countries assessed as fully meeting the U.S. Trafficking Victims Protection Act’s minimum standards for the elimination of human trafficking are classified as Tier 1 and countries assessed as not fully meeting the minimum standards, but making significant efforts to meet them, are classified as Tier 2.”

Previously Zimbabwe was ranked Tier 3, among countries assessed as not meeting the minimum standards nor making significant efforts to meet them.

“This is definitely an achievement and we hope that it will motivate the government and others involved in combating trafficking in persons in Zimbabwe to continue to make strides in protecting vulnerable people from trafficking,” said Fisher.

Each year, since 2001, the U.S. government has produced the Trafficking in Persons (TIP) Report to encourage global efforts to end human trafficking. It is also the world’s most comprehensive resource of governmental anti-human trafficking efforts and reflects the U.S. Government’s commitment to global leadership on this key human rights and law enforcement issue. It represents an updated, global look at the nature and scope of trafficking in persons and the broad range of government actions to confront and eliminate it.

The U.S. Government uses the TIP Report to engage foreign governments in dialogues to advance anti-trafficking reforms and to combat trafficking and to target resources on prevention, protection and prosecution programs. “The introduction of this year’s report focuses on the responsibility of governments to criminalize human trafficking and hold offenders accountable,” noted Secretary Rex Tillerson in the foreword to the report. “To that end, this report is intended to assist governments in identifying threats so law enforcement agencies around the world can respond effectively and gain insight into where human trafficking remains most severe. The Report will also equip local and sub-national law enforcement agencies to better assist in efforts to target and prosecute those who commit these terrible crimes.”

Worldwide, the report is used by international organizations, foreign governments, and nongovernmental organizations alike as a tool to examine where resources are most needed. Freeing victims, preventing trafficking, and bringing traffickers to justice are the ultimate goals of the report and of the U.S Government’s anti-human trafficking policy.