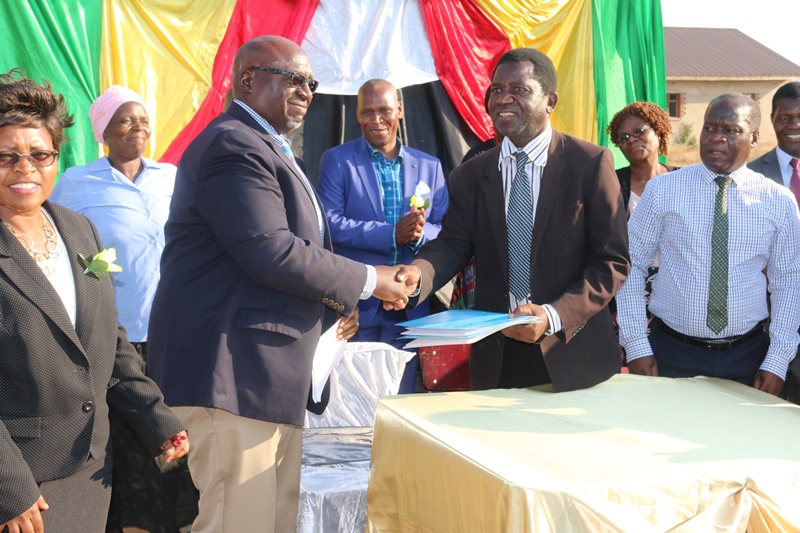 “I am pleased that our funding will sustain community efforts to enhance the lives of over 800 orphans,” said Ambassador Thomas. “The United States will continue to support similar initiatives that promote economic and social development in Zimbabwe.”

With the funding support from USADF and technical assistance from LEAD Trust, HCOC will train its staff on good governance practices; will help to increase production, purchase chicks, stock feed, and feeding and watering equipment; improve disease management; computerize records; and improve branding and marketing.

The new funding builds on the success of previous grants. In 2015, USADF provided $99,650.00 to the organization to support the poultry enterprise over two years with significant achievements recorded.  Among others, the organization increased the number of chickens produced per year from 7000 in 2014 to 16183 in early 2017.  HCOC sold $114,997 worth of poultry, allowing HCOC to use part of the revenue to provide education and food support to 784 orphans.

HCOC is a Zimbabwean child welfare institution that helps poor, underserved, or marginalized groups by supporting orphans and critically disadvantaged children in the community (OVCs).  Working with technical support from LEAD Trust, HCOC’s programs have assisted the community in paying school fees, purchased food, school uniforms and provided allowances to care mothers assigned to child headed families under the program.