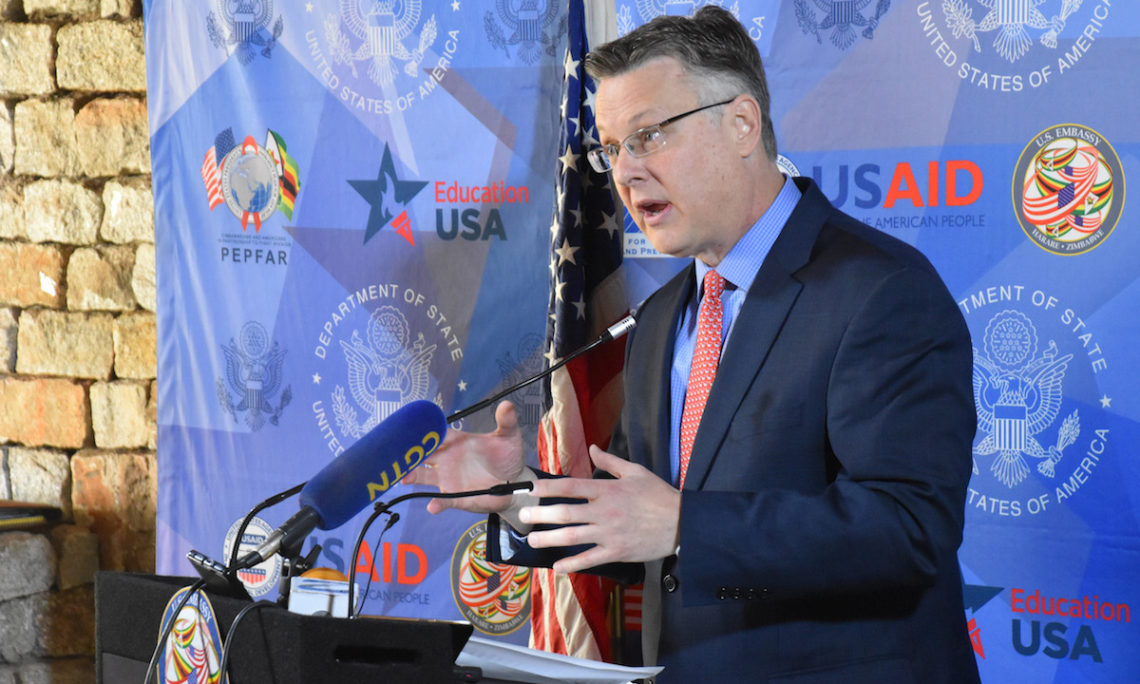 Harare, June 8, 2018: Acting Deputy Assistant Secretary Bureau of African Affairs Matthew T. Harrington is in Zimbabwe on a three-day tour that will enable him to meeting government and nongovernmental players as Zimbabwe prepares for elections July 30. He told the media that the  United States is interested in a better relationship with Zimbabwe and the scheduled election will be one important  benchmark among other reforms- economic, human rights, and good governance. Below are his prepared notes presented during a media briefing in Harare on Thursday.