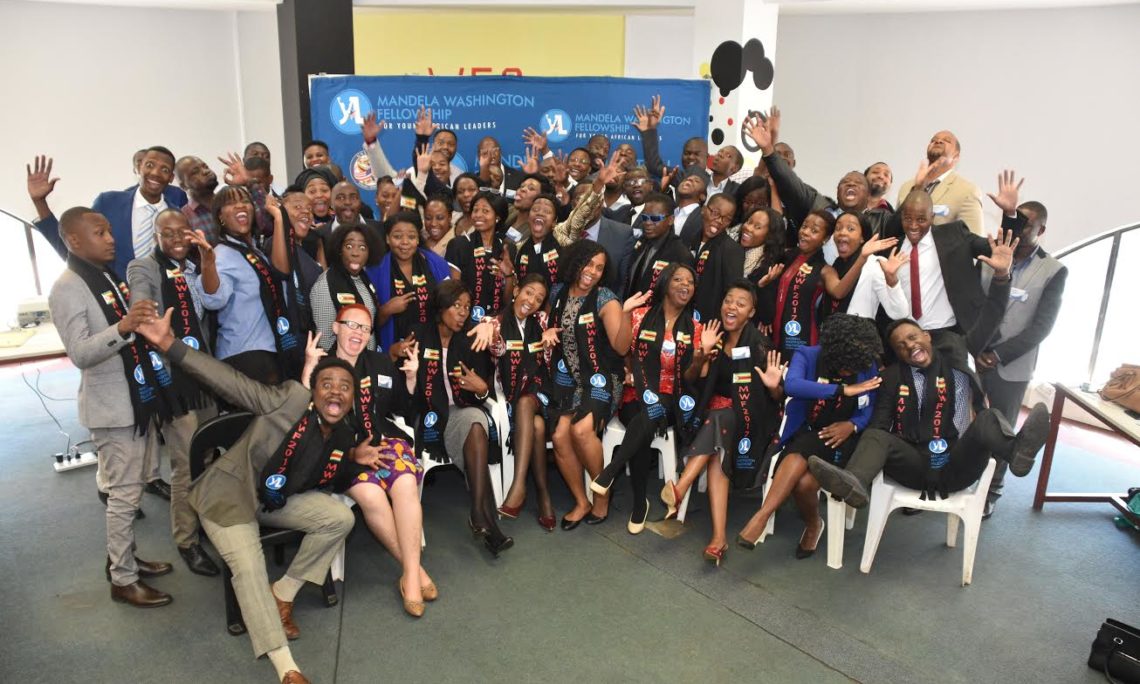 leaders, selected from a pool of over 2,600 applicants from Zimbabwe alone, will join 940 others from across the continent.

Ambassador Harry K. Thomas Jr. hosted the departing contingent on June 1st and reminded them of the importance of working together as well as with their colleagues from across the continent.

“You are going to be surrounded by some incredible people at your institutions in America and I urge you to work together, to pull each other in new directions, to support one another’s crazy ideas… and to build a community of leaders,” said Ambassador Thomas. “But no community will ever be stronger than the one you have around you right now. Because these are the people with whom you will build a brighter tomorrow for Zimbabwe.”

The Mandela Washington Fellowship is one of our largest initiatives by the United States government to date. The fellowship honors its namesake, Nelson Mandela, by forging bonds between the U.S. and the self-identified, very brightest and best future of Africa.  Participants complete online application forms and shortlisted candidates attend interviews. The final selection process relies on both face to face interviews and assessments conducted by teams in Harare and Washington D.C.

The travelling fellows will bring the number of Zimbabwean young people that have participated in the program to over 180 since it began in 2012. This makes Zimbabwe, with a population of just over 13 million people match countries like Kenya (with a population of 46 million people) and South Africa (54 million) and have the highest per capita participation in the fellowship.

“The over 120 Zimbabwean fellows that have come before you left an indelible mark with their American hosts and partners,” Ambassador Thomas reminded the fellows. “They generated innovation and entrepreneurship movements and fuelled a respect for diversity and mutual understanding that has earned Zimbabwe an honored and special place among the fellowship.”

The fellows are expected back in Zimbabwe on or after August 4 after six weeks of a residency program that has an academic component, a summit featuring networking and panel discussions with U.S. leaders from the public, private, and non-profit sectors, as well as internship opportunities for some fellows.

Past fellows have continued to build the skills they have developed during their time in the United States and showcased their work during an Expo held this last weekend at the Meikles hotel in Harare. They were joined by their counterparts from South Africa, the Democratic Republic of the Congo, and Lesotho during the day-long expo held under the broad theme “Harness the Hustle” attracting representatives from government, business and civil society and over 500 attendees overall.  2017 Fellows assisted their fellow alumni in the expo and were instrumental in its success. – ZimPAS © June 6, 2017