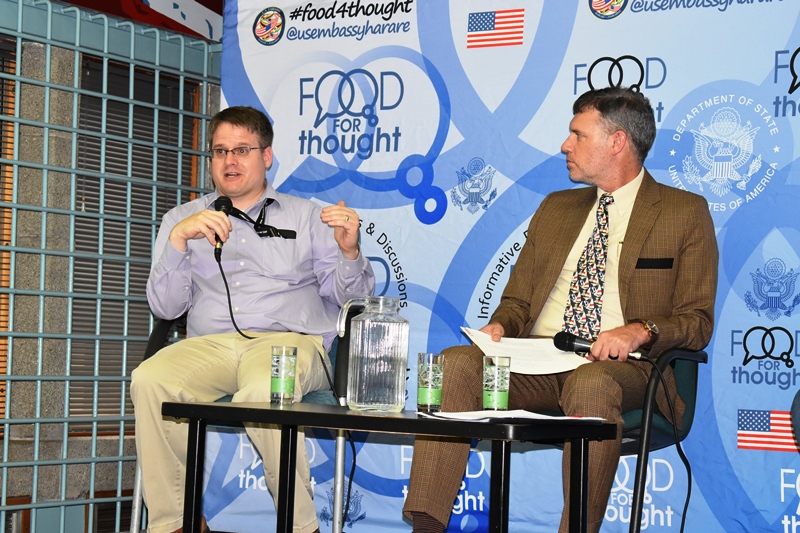 Americans and Zimbabweans marked the conclusion of National Cyber Security Awareness Month (October) with a discussion on Tuesday.   Speakers and participants agreed that a safe and secure cyberspace is an urgent necessity owing to the growth of online transactions in the financial sector as well as use of the cyberspace for communication purposes, but regulations should not target individuals exercising their right to free expression.

“Cyber security affects what we do and how we do our work,” said Miller. “Makers of digital products are grappling with the issue of making things work and be convenient while at the same time making the products secure. The better the security, the less convenient the device is.”

The discussion comes at a time when there is a growing realization that cyberspace and its underlying infrastructure are vulnerable to a wide range of risks stemming from both physical and cyber threats and hazards. Hackers exploit vulnerabilities to steal information and money and are developing capabilities to disrupt, destroy, or threaten the delivery of essential services.

During the lively discussion, moderated by John Taylor, Deputy Public Affairs Officer at the United States Embassy, members of the audience raised questions about rights, responsibilities and possible future trajectories in terms of careers and prospects vis-a-vis cyber-security.

“One could argue successfully that proper cyber security in the right circumstances would be more critical than physical security,” argued Miller. “As Zimbabwe becomes more and more a cashless society and we are depending on those little electrons that fly around in the air to conduct our financial transactions, having a secure financial sector cyber security is critical,” said Miller. “It is one thing to steal a truck full of money but you can steal millions of dollars electronically and you don’t even need a truck to carry it away- you are just transferring bits and bytes online.”

Citing the example of computer operated self-driving Tesla vehicles in the United States, Miller said having good cyber security can have life altering consequences because “as more and more of our day to day tools become internet connected then that opens us to larger and larger risks.”  “The United States can’t meet its goals if it doesn’t have a usable cyber- presence.   And also there are economic ramifications…if the country does not have access to the internet and other information technology needs then its economic goals become hindered,” said Miller.

“Cyber security is a necessity but the fear from civil society actors is that some of the laws that are being drafted by the government are intended to stifle freedom of expression on social media,” observed Masimba Biriwasha, a Hubert Humphrey alumnus and digital media and communications expert.

“Zimbabwe leap-frogged several stages in its adoption and use of the internet over the last decade, so we really have to think hard about security issues,” added Biriwasha who spent his Humphrey year at the University of Maryland, College Park, US studying new journalism and communications.

Discussion moderator, Taylor, said government had a big role to play in keeping the cyber space safe for both industry and individuals but warned against targeting individuals.

“Governments prosecuting people for opinions online is not cyber security; it’s a different matter, “ said Taylor. “The government should have a role in ensuring that if an organization like a bank is going to offer online service it is appropriate for a government watchdog agency to make sure that bank’s internet policy and security procedures are as secure as possible.”