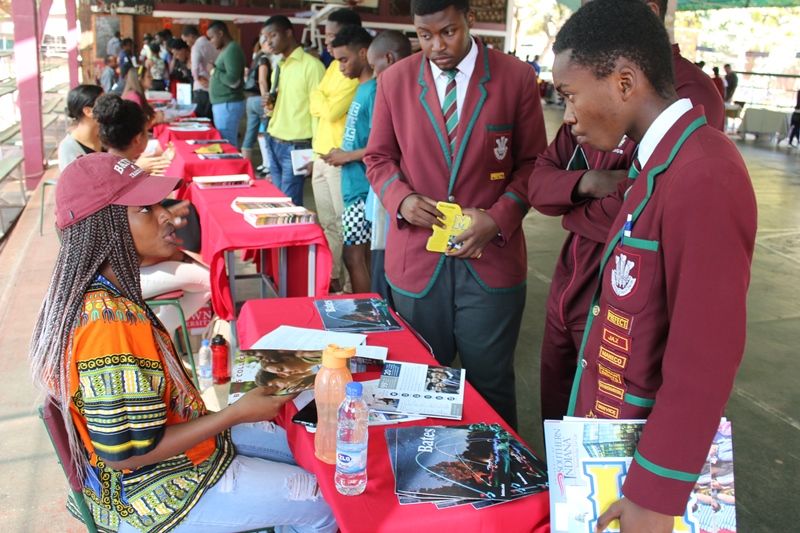 Harare, November 15, 2016 – The number of Zimbabwean students studying in the United States increased by 4 per cent to 1,295 students in the 2015-16 academic year, according to the 2016 Open Doors Report on International Educational Exchange. The figure means that Zimbabwe remains the 6th leading country of origin of students from sub Saharan Africa.

“We are encouraged by reports that an increasing number of Zimbabwean students are crossing oceans to gain practical, international experience that they can apply in their careers and life in a global society,” says Ambassador Harry K. Thomas Jr. “International education allows young people to acquire the skills they need to become leaders in an integrated world. The U.S. government will continue to support Zimbabweans who take part in various exchange and education programs, demonstrating our commitment to promoting international education.” said Ambassador Thomas Jr.

Students from Zimbabwe in the United States study primarily at the undergraduate level, with 23.7% percent at the graduate level in 2015-16, 59.8percent enrolled at the undergraduate level, 15.1percent pursuing optional practical training, and 1.3% percent in non-degree programs such as English language or short-term studies. However, the number of U.S. students going to Zimbabwe to study for academic credit at their home university in the United States decreased by 19.5 percent to 38. Open Doors also reports that more than 313,000 U.S. students received credit last year for study abroad during 2014-15, an increase of nearly three percent over the previous year.

The recent Open Doors report shows that the number of international students at U.S. colleges and universities surpassed one million for the first time during the 2015-16 academic year—an increase of seven percent from the previous year to a new high of nearly 1,044,000 students.  Although this represents just five percent of the total student population at U.S. institutions, this strong growth confirms that the United States remains the destination of choice in higher education. The United States hosts more of the world’s 4.5 million globally mobile college and university students than any other country in the world, more than double the number hosted by the United Kingdom, the second leading host country. In 2015-16, there were nearly 69,000 more international students in U.S. higher education compared to the previous year. The Open Doors® report is published annually by the Institute of International Education in partnership with the U.S. Department of State’s Bureau of Educational and Cultural Affairs.

Open Doors also reports that more than 313,000 U.S. students received credit last year for study abroad during 2014-15, an increase of nearly three percent over the previous year. The release of the new Open Doors data marks the celebration of International Education Week, a joint initiative of the U.S. Department of State and the U.S. Department of Education to prepare Americans for a global environment and attract future leaders from other countries to study, learn, and exchange experiences in the United States.

Zimbabweans wishing to pursue studies in the U.S. can visit the EducationUSA Advising Center based at the U.S. Embassy’s Public Affairs Section in Eastgate Building in Harare or at the EducationUSA Advising Centers based at the Bulawayo NUST-American Space. Students can also visit e advising centers at Gweru Memorial Library and in Mutare, the Turner Memorial Library.

Open Doors is published by the Institute of International Education, an independent not-for-profit organization with a network of 19 offices and affiliates worldwide and over 1,400 member institutions. IIE designs and implements programs of study and training for students, educators, young professionals and trainees from all sectors with funding from government agencies, foundations, and corporations. IIE has conducted an annual statistical survey of the international students in the United States since its founding in 1919 and in partnership with the U.S. Department of State’s Bureau of Educational and Cultural Affairs since 1972. Open Doors also reports on the number of international scholars at U.S. universities; international students enrolled in pre-academic Intensive English Programs; and on U.S. students studying abroad. Further details on the Open Doors 2016 surveys and their findings is on the Open Doors website, and the full 100+ page report will be available in January and can be ordered from IIE Books.

The Bureau of Educational and Cultural Affairs (ECA) of the U.S. Department of State builds relations between the people of the United States and the people of other countries through academic, cultural, sports, professional and private sector exchanges, as well as public-private partnerships and mentoring programs. Approximately 50,000 participants annually embark on these exchange programs, including the flagship Fulbright Program and the International Visitor Leadership Program. ECA also sponsors the Benjamin A. Gilman Scholarships for U.S. undergraduates with financial need, the Critical Language Scholarship Program in support of U.S. foreign language study abroad, and the EducationUSA network of over 400 advising centers worldwide, which provides information to students around the globe who wish to study in the United States. For more information on the Department of State’s educational and cultural exchange activities, visit eca.state.gov or contact ECA-Press@state.gov