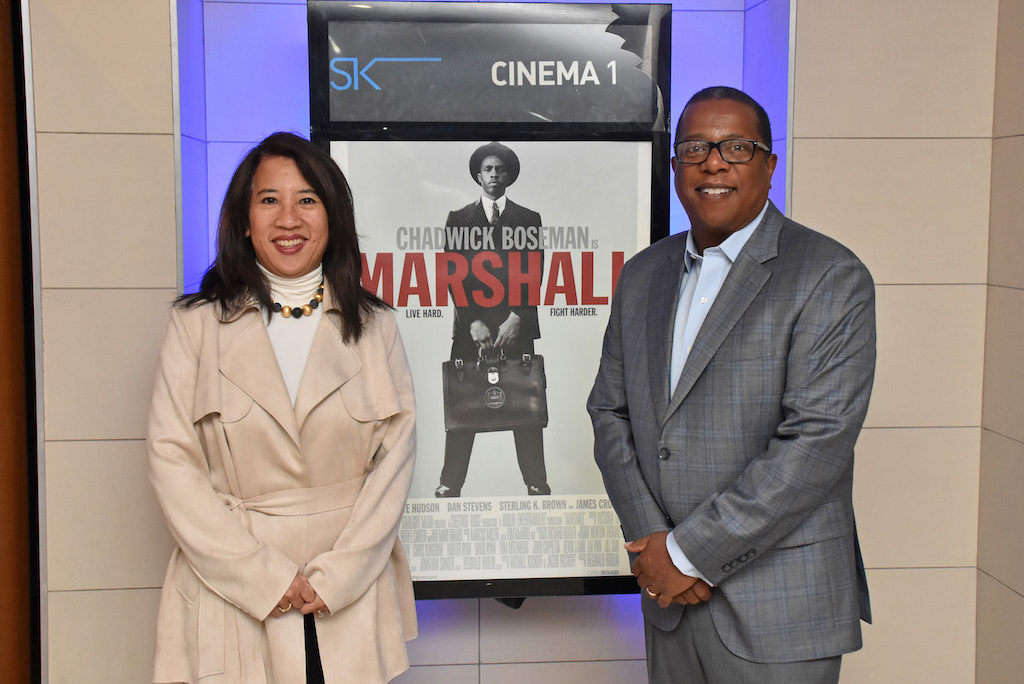 “The film recounts the story of Thurgood Marshall, the civil rights lawyer who became the first African American Supreme Court Justice, as he battles through one of his early career-defining cases – Connecticut v. Joseph Spell.  Thurgood Marshall’s extraordinary achievements reminds us of the critical role African Americans played in shaping our society and of the importance of the rule of law in protecting individual rights,” said Ambassador Brian A. Nichols.

Directed by Reginald Hudlin and written by Michael and Jacob Koskoff, the film stars Chadwick Boseman as Thurgood Marshall.  As the first African American to serve on the Supreme Court, Marshall played an instrumental role in promoting racial equality during the civil rights movement and throughout his career.  As a practicing attorney, Marshall argued a record-breaking 32 cases before the Supreme Court, winning 29 of them.

Each February, the United States celebrates the contributions that African Americans have made to American society, despite struggles for freedom, justice, and equality.  This year’s theme is “African Americans and the Vote.”  The celebration coincides with the 150th anniversary of the 15th Amendment, which provided African American men the right to vote.  This Amendment to the U.S. Constitution, ratified in 1870, prohibits the government from denying or abridging a citizen’s right to vote based on “race, color, or previous condition of servitude.”  In the United States, this guarantee is enforced primarily through the Voting Rights Act of 1965, an enduring legacy of Reverend Dr. Martin Luther King, Jr. and the civil rights movement.