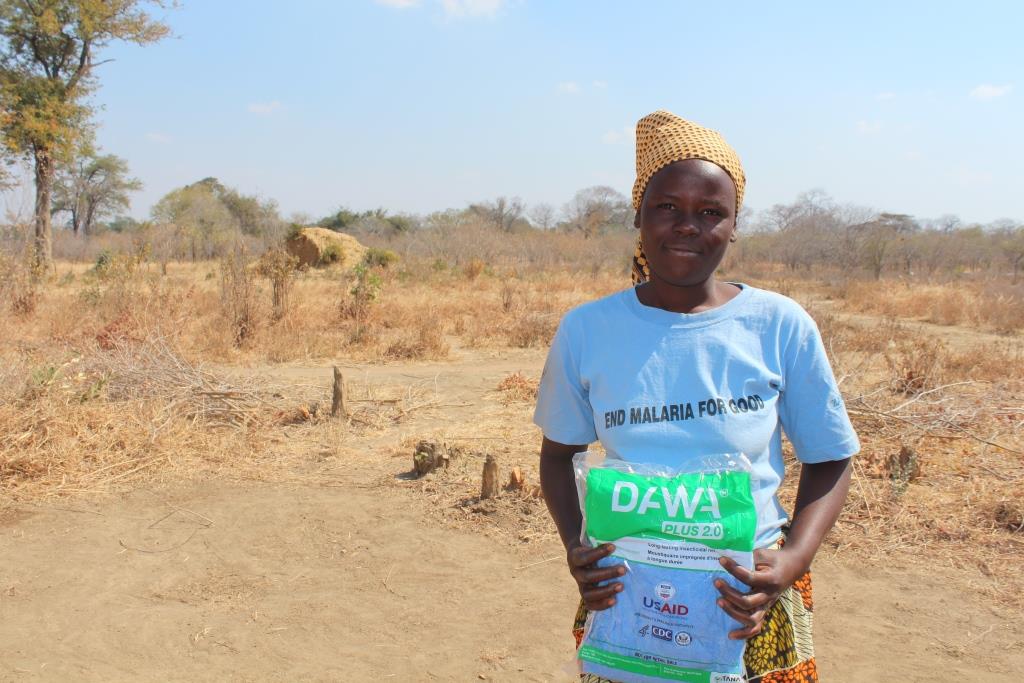 Harare, 19 October, 2016 –The United States government and the Global Fund to Fight AIDS, Tuberculosis, and Malaria (Global Fund) supported distribution of 1,785,000 long-lasting insecticidal nets (LLINs) to communities at risk for malaria in August and September of this year.  This effort, which is coordinated and led by the Ministry of Health and Child Care’s National Malaria Control Program (NMCP), was timed to precede the annual seasonal malaria transmission peaks witnessed during the rainy season.  Correct and consistent use of LLINs is one of the most effective and inexpensive ways to prevent malaria.

As part of the U.S. President’s Malaria Initiative (PMI), the United States Agency for International Development (USAID) distributed 938,000 LLINs, which were combined with 847,000 Global Fund-procured nets, to maximize coverage and protection of Zimbabweans while sleeping during peak mosquito biting time.  As a result, 1,785,085 sleeping spaces and even more people are now protected.

USAID Mission Director Stephanie Funk stated, “Ensuring that communities have access to long lasting insecticides is a critical component of USAID’s work to reduce malaria prevalence in Zimbabwe.  The nets we distributed will reduce malaria transmission by protecting the people sleeping under them as well as reducing the number of mosquitoes.”

Malaria is the third leading cause of illness and death in Zimbabwe, with over half of the population living in high risk areas.  However, the coordinated efforts of USAID, the Global Fund, and the NMCP have contributed to substantial progress in Zimbabwe.  The reported cases of malaria decreased from 1.8 million in 2006 to less than 392,000 in 2015 – a 73 percent reduction.