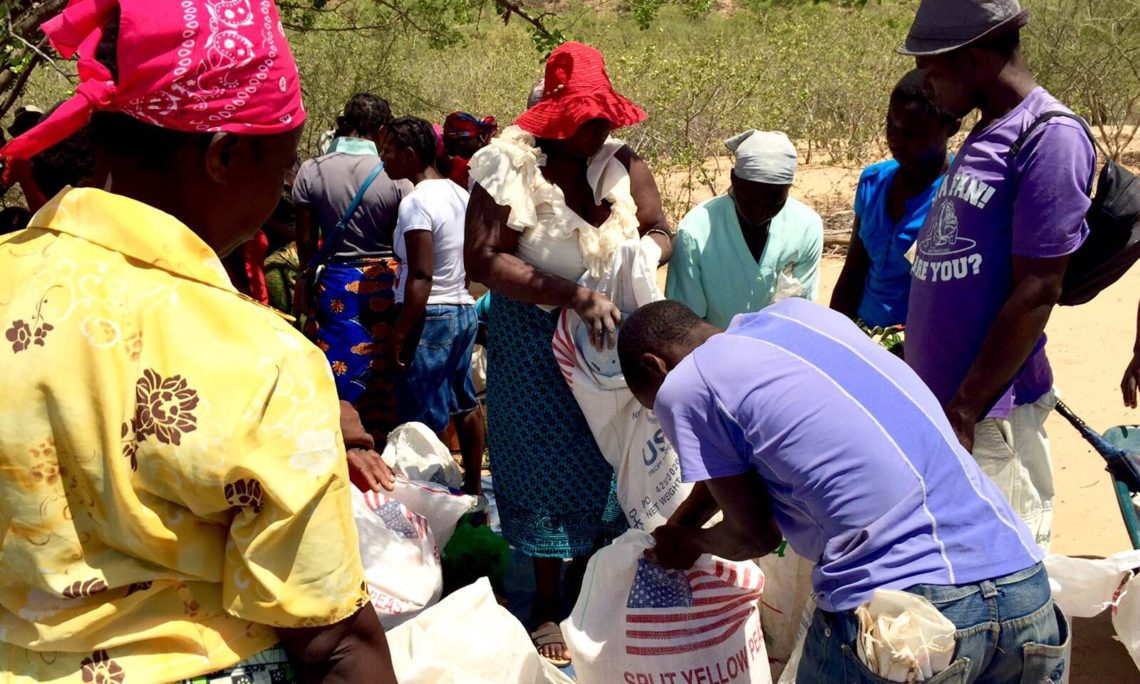 “The United States is committed to supporting the people of Zimbabwe during these difficult times,” said USAID/Zimbabwe Mission Director Stephanie Funk.  “We are committed to working with WFP to meet the immediate food needs of vulnerable Zimbabweans, reduce suffering, and ensure families cope with the negative effects of the drought.”

The $20 million will support WFP’s Lean Season Assistance program, which provides monthly targeted food rations or cash transfers for food insecure people in the hardest hit districts of Zimbabwe.  WFP’s Lean Season Assistance usually operates from October through March, during the time between harvests when food can be scarce.  Due to the impact of two consecutive years of drought, WFP has extended this program to run continuously through March 2017, and USAID has responded with significant funding.

“The UN is grateful to the United States for answering our call for additional funding to scale up life-saving activities to reach the growing number of food insecure individuals,” said UN Resident Coordinator and UNDP Resident Representative Bishow Parajuli.  “These funds will help increase our relief efforts to reach those most affected by the drought and other vulnerable groups.”

In response to the ongoing negative impact of severe drought, donors are supporting more than one million affected people. The donors include USAID, UK/DFID, Canada, Switzerland, EU/ECHO, GIZ, SIDA and the UN Central Emergency Response Fund.

The WFP Country Director, Eddie Rowe said, “The generous additional $20 million contribution from USAID will allow WFP to continue food assistance for 450,000 people in 12 districts over the next six months.

The eroded productive capacity of vulnerable farming households and  increased food prices have resulted in higher rates of malnutrition and school absenteeism from school due to hunger, especially in the most food insecure districts.  Nationally, 100,000 children under the age of 5 are estimated to be acutely malnourished.  The severely acute malnutrition rate is currently 2.1 percent, up from 1.5 percent the previous year, and likely to increase later in 2016.

The dire food insecurity situation has not spared livestock, with 22,000 deaths reported nationwide.  The drought has also negatively impacted water supplies, with 81 percent of households reporting that water is unavailable for agricultural purposes such as irrigation schemes and gardens.

In consultation with humanitarian partners and the government of Zimbabwe, the UN has prepared a revised Humanitarian Response Plan, which identifies priority humanitarian needs of slightly over $355 million for the period April 2016 to March 2017 to address the immediate needs of 2.8 million drought-affected people – 30 percent of the total rural population.  The Humanitarian Response Plan aims to provide vulnerable communities with food security and agriculture interventions ($296 million), health and nutrition ($11million), water and sanitation ($26 million), education ($19 million), protection ($3 million), and coordination ($366,000).

In addition to providing food assistance, USAID supports WFP’s Productive Asset Creation program, which provides monthly food rations or cash transfers to vulnerable Zimbabweans in exchange for labor on community assets such as irrigation schemes and small-scale dams.  This assistance improves rural infrastructure while at the same time meets the immediate food needs of people struggling during the drought.  Additionally, USAID has provided $5 million to World Vision and Cultivating New Frontiers in Agriculture (CNFA) to respond to the drought across 10 districts in Manicaland, Masvingo, and Matabeleland North and South.  With a total contribution of $55 million since June 2015, USAID and its partners reached 600,000 Zimbabweans with emergency assistance across the country.