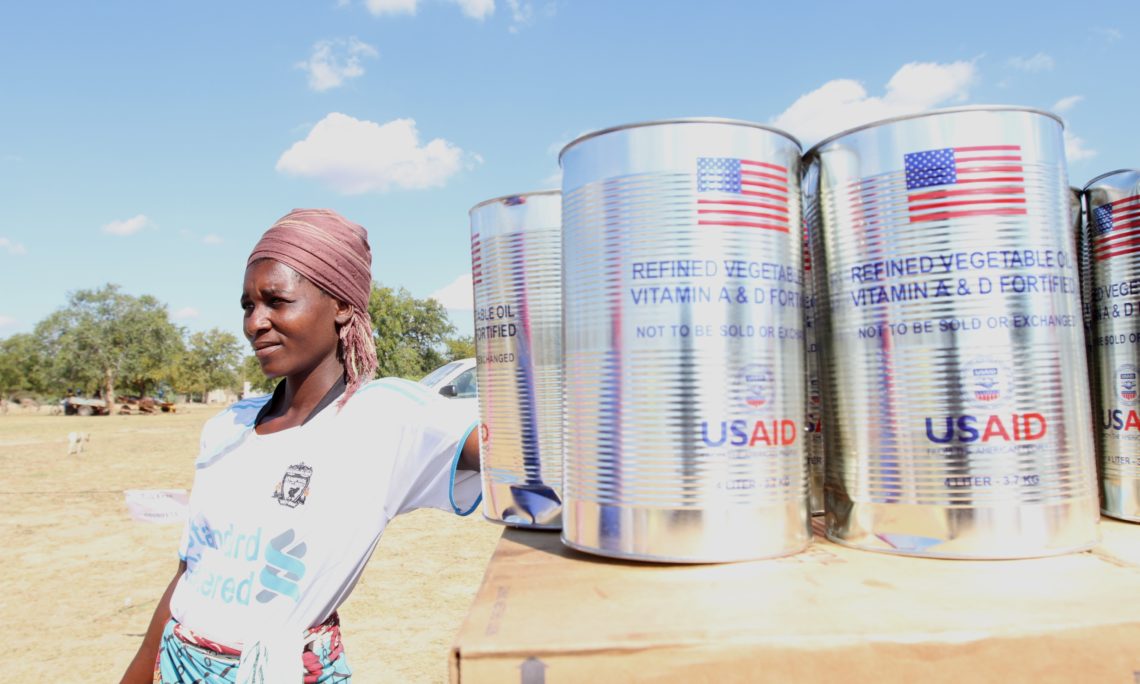 Harare, 28 February, 2019 –The United States Government announced US$15 million in additional funding to respond to the critical food security situation in Zimbabwe.  The contribution, provided through the U.S. Agency for International Development (USAID), brings the total U.S. funding for the current lean season to US$38 million, ensuring nearly 600,000 rural Zimbabweans have adequate food supplies before the next harvest.

United States Ambassador Brian A. Nichols announced the contribution in response to the United Nations’ Flash Appeal for humanitarian assistance during a press briefing February 28.  “The United States is committed to the people of Zimbabwe.  We are proud to work with the United Nations, and non-governmental organizations, to deliver this assistance quickly and efficiently to the communities and people who need it most,” said Ambassador Nichols.

The United States has allocated US$38 million to the World Food Programme (WFP) to provide food rations and cash transfers to purchase food for nearly 600,000 Zimbabweans in 19 districts.  These food and cash distributions will maintain the nutritional status of vulnerable Zimbabweans and alleviate suffering for those affected by food insecurity.

In addition to this emergency response, USAID’s programs are improving long-term food security for Zimbabwe by building resilience to future shocks.  The United States is providing US$144 million over seven years to non-governmental partners Cultivating New Frontiers in Agriculture and World Vision to address the underlying causes of chronic food insecurity and malnutrition in rural areas.  USAID has also provided US$20 million over five years to Fintrac, Inc. and LEAD Trust to reduce rural poverty and improve food security through increased agricultural production and market linkages for small-scale farmers.  This impact is not possible without non-governmental organizations who are capable and committed implementing partners.

Poor weather conditions in Zimbabwe, including erratic rainfall and long dry spells, have contributed to increased humanitarian needs across the country.  An estimated 2.9 million rural Zimbabweans are facing food insecurity – 30 percent of the rural population.