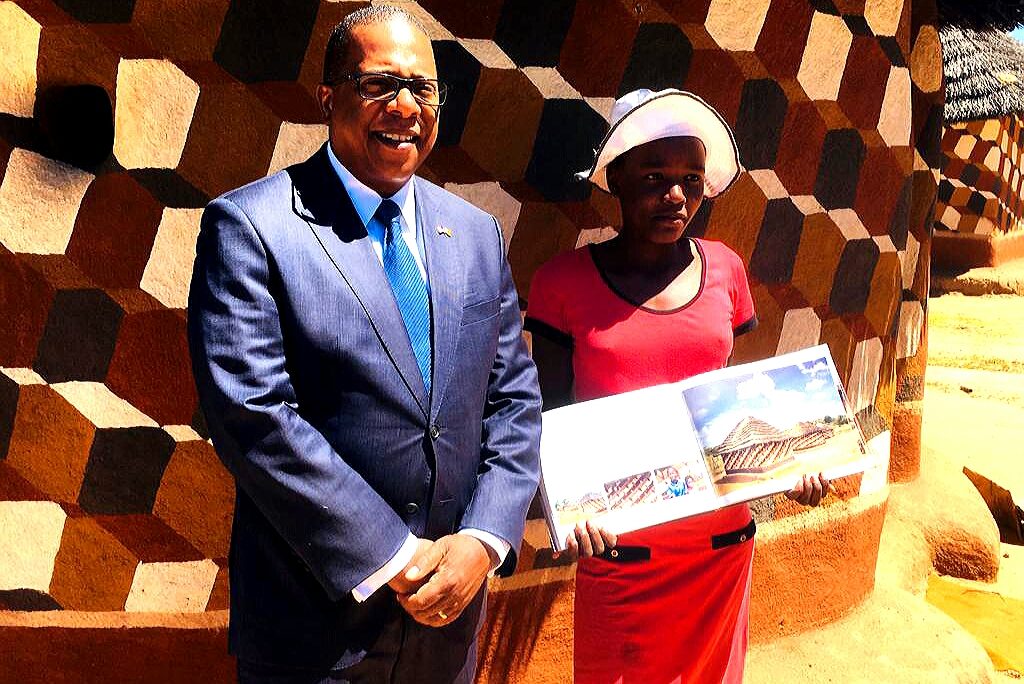 In 2016, the State Department Ambassador’s Fund for Cultural Preservation awarded $42,000 to the National Gallery of Zimbabwe to document Ndebele traditional hut decoration, including a book on Ndebele art.  The book documents the external and internal art, architecture, and decoration of Ndebele homes through schematic drawings and photographs. It highlights the significance of these forms in the context of culture, environment, and local Ndebele history.