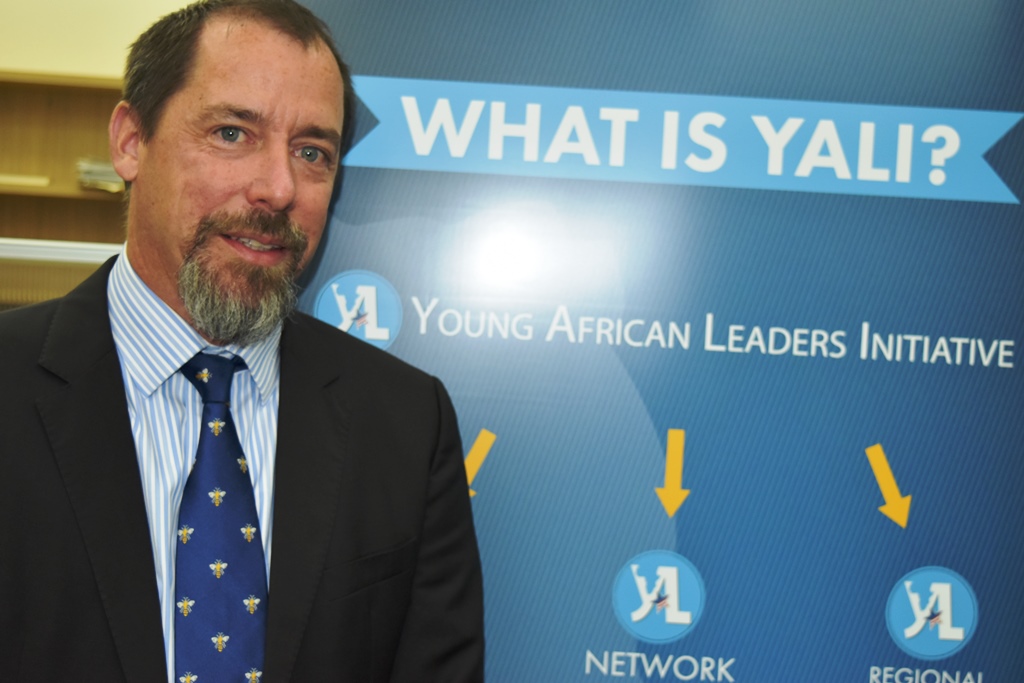 Harare, May 23, 2017: The U.S. Embassy sends its heartfelt congratulations to the Zimbabwean YALI Mandela Washington Fellows for its upcoming “YALIExpo” running under the theme “Harness the Hustle.” The event will take place at the Meikles Hotel Rooftop on Saturday, June 3, 2017 from 9:00am until 4:00pm. The free expo will showcase the exciting projects, innovations, businesses and organizations developed by the fellows, and provide a forum through which they can invite further collaboration from the public. They will also be able to share with a broader audience their motivations and inspirations through a formal program of speakers.

Since 2012, over 180 young Zimbabweans have been chosen to participate in what is arguably the most competitive fellowship on the continent, and possibly the world. The Mandela Washington Fellowship, the flagship program of the White House’s Young Africa Leaders Initiative (YALI), represents the continued commitment of the United States to invest in the future of Africa. It was established as part of the U.S.’s recognition of the critical and increasing role that young Africans play in strengthening democratic institutions, spurring economic growth, and enhancing peace and security on the continent.

The United States shares the desires of the people of Zimbabwe, who want to see a peaceful, democratic and prosperous country that provides for its people and contributes to regional stability.  These commitments to the people of Zimbabwe have continued through various United States administrations and have allowed us to work together to promote democratic institutions, equitable economic growth, public health, and food security.

dela Washington Fellowship takes the brightest entrepreneurs, business persons, civil society leaders, and public servants between the ages of 25 and 35 to the United States for a six week residency where they participate in rigorous academic and professional practicums with their fellow Africans. After this, Fellows travel to Washington D.C. to meet and network with top U.S. leaders in both the private and public sectors. But the real magic happens when they come home–equipped with vibrant, cross-continent networks and overflowing with, as they like to say, hustle.

Since my arrival in Zimbabwe, I have had the pleasure of witnessing the incredible drive and commitment to their country that Zimbabwe’s fellows represent and I can attest to their contagious spirit. Harness the Hustle, the 2017 YALI Expo is a great initiative by young Zimbabwean leaders to help share that spirit and spur further collaborative growth at home. It will also set the tone for this year’s 2017 Mandela Washington Fellowship program which will welcome 60 young Zimbabwean leaders to the U.S. in June this year. As they embark on the r fellowship program, we hope the Expo can inspire them to make the most of their experience and maximize what they bring home with them afterwards.

Zimbabwean fellows presenting at the expo include successful business men and women with current, viable businesses across sectors, up-and-coming legal and financial experts, non-profit leaders, youth and women mobilizers, leaders in the arts, and so much more from across Zimbabwe. They have also invited fellows from the region, including South Africa, Lesotho, Congo, and Botswana to join them. Fellows will be exhibiting from 9:00am until 4:00pm and have planned a formal program for the stage that includes thought leaders who have inspired them sharing their own harness the hustle wisdom. More information can be learned at hustle.yalicreatives.com.

While the event is entirely of the fellows’ own initiative, the U.S. Embassy would like to encourage all those interested not only in the fellowship, but in a little Saturday inspiration, to join in on the hustle on Saturday, June 3.