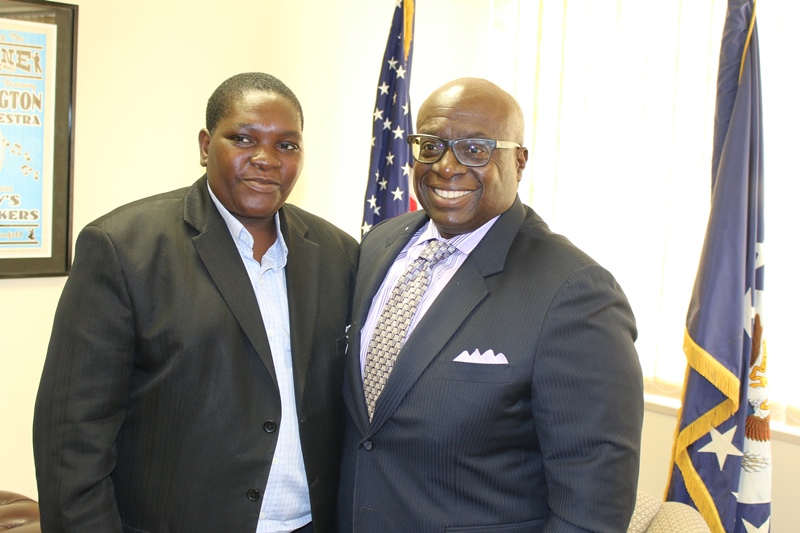 Harare, October 28, 2016: Award winning investigative journalist, Elias Mambo, will this week travel to the United States to cover the final stages going into that country’s election.

The tour, facilitated by the United States based Foreign Press Centers will enable Mambo, a senior reporter with the Zimbabwe Independent newspaper to cover the final stretch of the 2016 election. Mambo will cover the election in both the election battlegrounds states and on Election Day at the Democratic and Republican presidential candidates’ campaign headquarters as results come and the winner being determined.

Announcing Mambo’s selection through a letter, David McGuire, Counselor for Public Affairs at the United States Embassy, said the journalist would “participate on the tour going to the election battleground state of Ohio which will conclude in New York City, where both presidential nominees have their campaign headquarters.” McGuire said the program would run until the day after the election with briefings by academics and political commentators to discuss election results.

“I’m excited about this rare opportunity to practice journalism in the United States;” said Mambo. ”I will be sharing my experiences in our Alpha Media Holdings titles as well as my social media sites including through the twitter handle @elias_mambo,” said Mambo. Mambo will join 20 other journalists across Africa during the tour.

The Foreign Press Centers is an agency of the United States Department of State and has offices in Washington, D.C. and New York. The Centers assist foreign media cover the U.S., promoting the depth, accuracy, and balance of foreign reporting from the U.S., by providing direct access to authoritative American information sources. The FPC works work with United States Embassy Public Affairs offices in various parts of the world to assist foreign correspondents visiting the United States on assignment or participating in U.S. government-sponsored professional reporting tours.- ZimPAS/ NewsDay